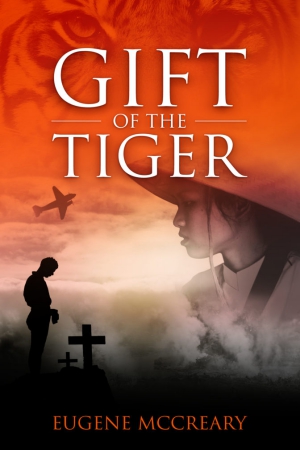 Gift of the Tiger

China, 1944. Tormented, enigmatic Su Li, saved as a foundling by mysterious tigers, reared by a legendary Shaolin Master, then sent away as an outcast, has reluctantly raised her adopted son and become a healer and fearsome protector to local villagers from the Japanese. Disguised as a man in a land hostile to any woman living alone, she lives for one reason: to return to her beloved Master. But her precarious existence is shattered by the unexpected arrival of a foreign soldier.

Lt. James Ellison, pilot for the US Army Air Force, is haunted by the memory of marauding Japanese soldiers murdering his missionary father and kidnapping his mother five years earlier in China. With only a slim hope to rescue her, he parachutes close to enemy lines where he crosses paths with the inscrutable woman who will change his life.

His appeal for her aid creates an uneasy alliance that takes them across war-torn China in a tale of danger, love, forgiveness and self-discovery. 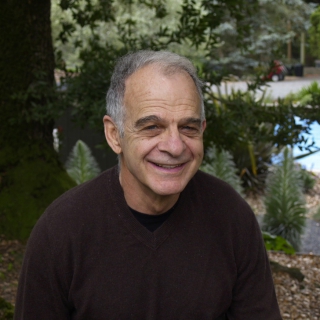 Eugene McCreary has lived on both coasts as well as in the Midwest and South. He now surveys the human condition with his wife from their home on Sonoma Mountain, north of San Francisco. There he practices mindfulness, studies Chinese philosophy and history, plays Scottish and Irish music on his piano and guitar, and grows amazingly delicious raspberries. His love of writing has persisted through varied careers ranging from college professor to carpenter and real estate appraiser.

He has written several screenplays and his first novel, Madame President, a political thriller, was optioned by Milestone Productions in Los Angeles and formed the platform for an ABC series.

His new book, Gift of the Tiger, was a finalist in the 2015 Indie book Awards in historical fiction. Gene also won the Grand Prize at the San Francisco Writer’s Conference 2015 Contest.