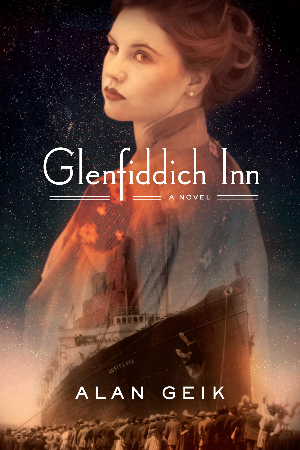 It’s a transformational time in America—silent movies, mass transportation in the cities, the new obsession with the automobile, the electrification of the countryside, the battles for women’s right to vote and prohibition —all assuming a greater importance in everyday life. Yet, slowly creeping across the Atlantic Ocean was the Great War, threatening to engulf America in a mechanized ferocity never witnessed before.

The era is lived through two Boston families and when two of its members set sail on the fateful Atlantic crossing of the HMS Lusitania in May 1915 both the families and America’s destiny is changed forever.

A central theme of Glenfiddich Inn is the early days of broadcasting experimentation. Wireless Morse code had been achieved only a few years before. It's existence allowed the doomed Titanic in 1912 to send for help—otherwise those survivors, and their stories, would have been lost to history.

Now the wireless transmission of the human voice—even music—became the next communications frontier. This new, curious technology was simply called “radio.”

Two of the female characters are absolutely certain of radio's ability to connect the world in ways never before imagined—despite the skeptics who couldn't see how it could ever be relevant. After all, asked the detractors, who would invest in a radio station if they could not charge a fee to the listeners? (The same question asked seventy years later when the internet was first introduced.)

Yet, within just a few years the entire world would indeed become connected by this new technology.

Just as the characters in this story are transformed and scarred by the overpowering events, so was a generation of men and women who soon after changed the world; Franklin Roosevelt, Churchill, Walt Disney, Stalin, Hitler, Marie Curie, Eleanor Roosevelt, Ernest Hemingway, Albert Einstein, and Charlie Chaplin, just to name a few. 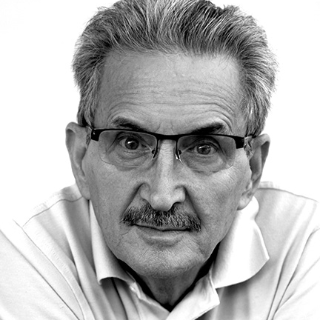 ALAN GEIK has an M.Sc. from the London School of Economics & Political Science. World War I has been a subject for his research and interest, especially the profound effects of the emptying and virtual disappearance of a generation of young men from the cities and hamlets throughout the British Isles during WWI.

He has written non-fiction articles about the ongoing collusion between money center banks and politicians throughout the Western World to enrich themselves under the guise of “banks are too big to fail"—they never were too big to fail without the economy crashing (a banking lobbyist’s deceit) and never will be.

Glenfiddich Inn is his first novel.

His next literary effort is set in his youth, in an extended family involved in both organized and freelance criminal pursuits, including, but not limited to convictions for mail fraud, police corruption, labor racketeering, and income tax evasion. The title "Uncle Charley Killed Dutch Schultz" refers to a kindly Murder Inc. assassin (who was also convicted and served twenty-three years for the deed).

Alan grew up in the Bronx, NY. He graduated from the City College of New York. He has since given up the intolerable winters on the east coast for the intolerable summers of Nevada where he now resides with his wife, Yvette.