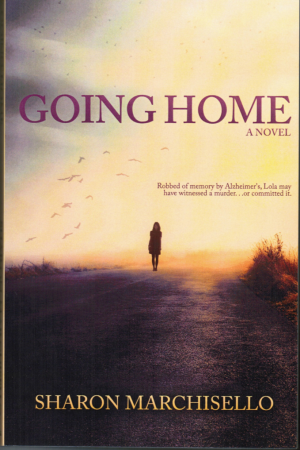 Michelle DePalma expected to jet into Two Wells, Texas, check on her elderly mother, and hurry back to her orderly life in Atlanta, where she has a happy marriage and satisfying career. Instead, she finds her mother, Lola Hanson, who is suffering from Alzheimer's disease, hovered over the bludgeoned body of her caregiver, Brittany Landers.

The agency that provides home care for Lola promptly withdraws its services. Michelle is stuck in her home town longer than planned as she cares for a mother with whom she has never been close and tries to prove her innocence. The police officers who investigate the crime are old enemies from grade school. A secret thought to be long buried—that Michelle bore a son out of wedlock and gave him up for adoption—surfaces when a long-lost daughter-in-law and granddaughter show up, distracting Michelle from her quest to solve the murder. Relationships past and present collide, but each supplies a piece of the puzzle for this amateur sleuth.

Going Home was inspired by my own mother's battle with Alzheimer's and explores the challenge of solving a murder mystery when a potential witness (or suspect) cannot rely on her memory. Written from the perspective of a baby boomer forced to reverse roles with her parents, it crosses into the mainstream genre of women's fiction. It also touches increasingly common issues such as elder abuse and end-of-life decisions. 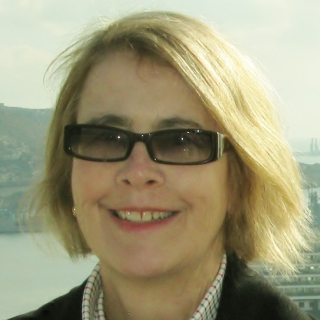 "Going Home" is Sharon Marchisello's first published novel. She is also the author of “The Wrong Coffee Shop,” part of the short story anthology Shhhh...Murder! by Darkhouse Books. She has published a book about personal finance entitled Live Well, Grow Wealth, as well as numerous travel articles, book reviews, and corporate training manuals. She currently writes a blog, Countdown to Financial Fitness.

Sharon grew up in Tyler, Texas, and earned her Bachelor of Arts from the University of Houston in French and English. She studied for a year in Tours, France, on a Rotary scholarship and then moved to Los Angeles to pursue her Masters in Professional Writing at the University of Southern California.

Now she lives in Peachtree City, Georgia, with her husband and cat. Retired from a 27-year career with Delta Air Lines, she likes to travel and does volunteer work for the Fayette Humane Society. 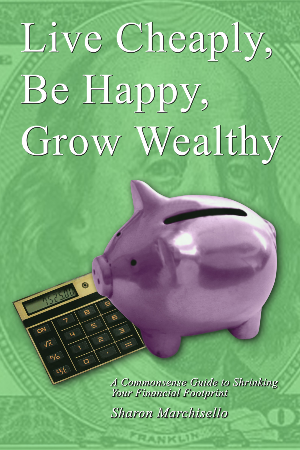 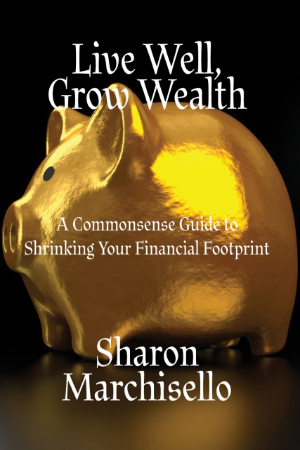