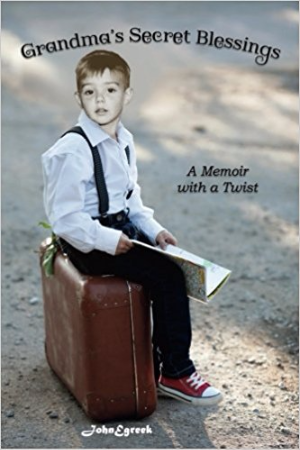 Grandma's Secret Blessings – A Memoir with a Twist

Take a ride with JohnEgreek as he journeys to the Old Country to fulfill a childhood promise made to his grandparents when he was six years old. His grandmother, insightful and deeply spiritual, guides him throughout his lifetime and after she is gone, as he himself opens to the reality of something higher than himself.

What happens along the way is a surreal journey and a deeply rooted experience. Travel with him and his pseudo family, as they discover the avenue to his soul and the recipe to Grandma’s Secret Blessings. You too can find the key that unlocks the door to the hidden ability to “transcend and go beyond.”

This book is for anyone teetering on the edge of disbelief that there is something higher than their greatest expectations as to why things happen. Everyone at some time or another will lose a loved one, but death is not the end, it is the beginning and they do find a way to speak to you from beyond. Make no mistake, this book will open your eyes as you discover the magical recipe to Grandma’s Secret Blessings and you too can use them to heal your heart and find the avenue to your soul. 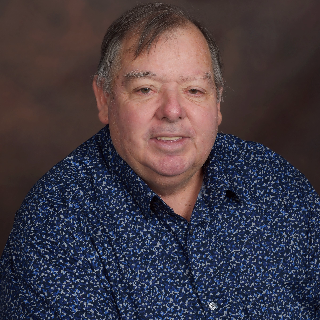 Second-generation Greek-American born, Author JohnEgreek, is brought into this world in the 1950 to a broken family. His father hates him from the very first day he is born and lives up to the unseen contract to hate him his entire life, without ever giving him a clue as to why. His mother, on the other-hand does everything possible to shower him with love. Until her eventual death at the early age of fifty-one, which then forces him to grow on his own.

A powerful childhood promise made to his grandparents, his Yiayia and Papou, when he was just six years old, becomes the avenue that opens his heart and awakens his soul. Grandma, who leaves the physical world when he is in his teens, enlightens him while she is alive and never stops enlightening him when she goes beyond, as she continues to shower him with her many “Secret Blessings.”

The author recognizes that he is no one special, just a retired senior citizen, with a strained relationship with his adult children and a grandchild that he has never met. He has a unique and creative way to tell the emotional story about his life that will take you on a roller-coaster ride that will emit feelings of anger, guilt, fear, sorrow and pain. At times, it will be an agonizing, yet truthful story. Take the unforgettable journey to the Old Country with him, where along the way, he has multiple synchronistic events where he finds the hidden secrets that provide him with the necessary elements to set himself free and unlock the door to his heart.