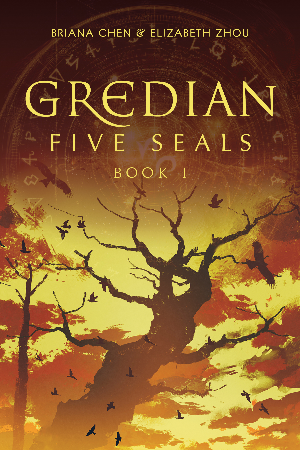 On the day of his death, the voice came.

The war between the human empire, Gredian, and the Fey kingdom Atrelia have lasted for five decades and shows no sign of slowing down. Lieutenant Colonel Chais Nevermoon of Gredian, accused of treason, is going to die. That is until a member of the Fey forces appears unannounced to save him. Chais and former enemy General Elwood Zefire embark on a secret and perilous journey back to the Fey kingdom.

The war between the countries is minor compared to the existential threat both empires face from mysterious and powerful forces from the other world. The seals separating the two worlds are cracking and at risk; it is soon apparent that the danger Chais and Elwood are facing is far greater than what either of them could imagine. 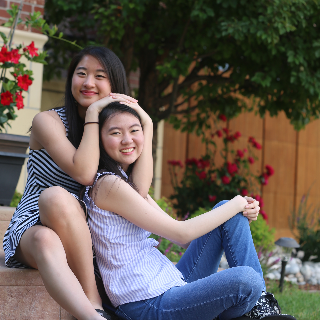 BRIANA IS AN AVID fantasy book reader and a constant victim to plunging into fandoms (she’s okay though, the only casualty was her heart). If she zones out, she’s probably thinking about food. She has a keen interest in all things imagination, from animation and drawing to writing and dungeons and dragons.

She is also a self-taught digital artist, martial artist, and gamer who was a lead singer of a rock band. Briana currently spends her time trying to maintain some sense of direction in life and procrastinating on nearly everything.

ELIZABETH IS A WRITER, wannabe artist, dungeons and dragon player and a space enthusiast. Most people would call her weird and impulsive, but she prefers unique and spontaneous. Having moved more than six times in eight years, she has mastered the ability of meeting new people despite being socially awkward on every degree. Her travels have also granted her insight on culture and story.

She is a mess of sarcasm living in a state of a constant mid-life crisis and spends most of her time daydreaming for new writing projects that she will likely never act upon.