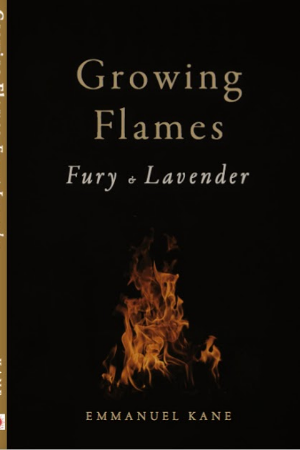 The book describes the psychological horrors of war. The soldier reminisces his time on the battleground--a time marred by worries about world peace, constant conflicts, and elusive romantic feelings.

Emmanuel wrote his first poem when he was only eleven years old. Happy to see his classmates in a pool as others cheered them on, he felt an urge to write about it. His teacher stopped by his desk to check his math assignment and saw it. Fascinated by the vivid description, she showed the poem to the school principal. Next thing Emmanuel knew, the poem had appeared in the school’s monthly newspaper.

Forty years later, Emmanuel has authored five books of poems, five novels, and essays on cultural exchange and peacebuilding. When he’s not working on a book manuscript, watching soccer, or speaking to a local organization about the plight of the poor, Emmanuel is traveling abroad and preparing strategies to help state agencies communicate better with the indigenous people.

He is fascinated by the power of a smile and beauty in local customs and diverse cultures. Guns and a Rose, just released, was written only five months after Growing Flames, Fury and Lavender was published.