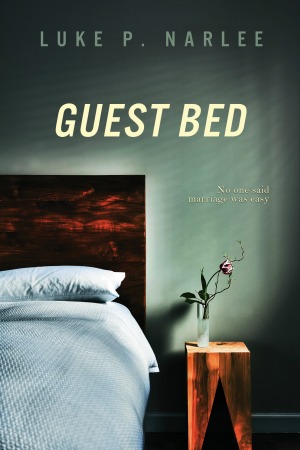 In this highly engaging debut novel, Luke P. Narlee intricately weaves romance, mystery, and psychological suspense as a marriage in trouble opens the door to temptation and turmoil.

Ron’s day is off to a bad start. Blinded by frustration after another argument with his wife, and heartbroken that his marriage may be over, he accidentally crashes his car on his way to work. Dazed, he takes the train the rest of the way, where he is quickly delighted by the presence of another rider, Courtney, whose smoldering smile makes him remember what it feels like to be wanted.

What seems like a new friendship quickly turns into temptation, leaving Ron torn with internal conflict and guilt. But when his new friend starts to seem a little off, he begins to question her motives. As one seemingly harmless favor leads to another, Ron soon finds himself wondering if Courtney really is who she says she is, or if she's actually part of an elaborate setup. 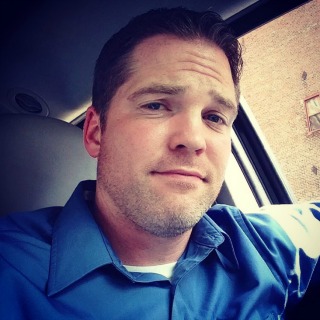 Luke P. Narlee is an American author from the Maryland/DC area, originally from New England. Despite having a well-established government career in the intelligence community, his biggest passion has always been writing. After writing off and on as a hobby for most of his life, he finally began writing with the goal of being published in 2012. He then spent four years hard at work on the first book of a planned dystopian trilogy, titled The Appointment, involving themes of lost love, fading memories, and government control.

He recently published his first novel, Guest Bed, which was initially something he began working on as a way of taking a much-needed break from The Appointment. Guest Bed wound up taking on an unexpected life of its own, and it's now available for the world to read. When he wrote Guest Bed, he wanted to capture the frustrations and heartache that can come along with, not only being married for many years, but from being human as well, but in a realistic way that people can relate to, while also being entertained by the mystery. Now that Guest Bed is available to purchase, and his dream of becoming a published writer has come true, he's back to work on his second novel, officially titled: The Appointment - Book 1: Lost and Found, which he plans to publish in early 2017.