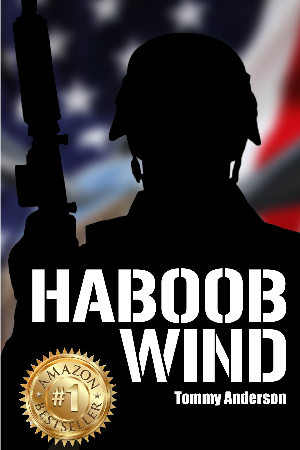 “Freedom is never more than one generation away from extinction.” —Ronald Reagan A day of celebration and dedication to the heroes and survivors of 9/11 is suddenly disrupted by a long-planned terrorist attack. From the tumultuous battlefields of Saddam Hussein’s Iraqi deserts to the unsuspecting shores of the United States, Tommy Anderson brings to life an unsettling account of what could actually happen when thousands of sleeping warriors infiltrate the very fabric of American military and public safety agencies. Fueled by increasing acts of seemingly unrelated terrorism by ISIS militants, and unfettered over a couple of decades of political unpreparedness, the Haboob Wind furiously builds to a suspenseful, violent climax. Don’t miss the page-turning, twist of events as three retired war buddies join forces to battle the storm. 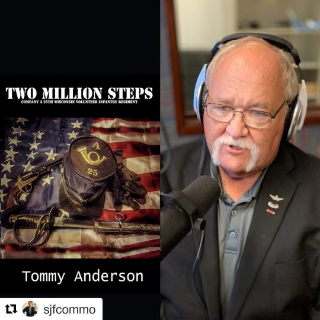 Tommy Anderson is the author of "Haboob Wind " which has made Number 1 Best Seller on Amazon and an award-winning photographer/artist living in the Los Angeles area. Tommy is also an accomplished screenwriter and Associate Producer on the film based on his best selling novel "Haboob Wind" In addition, he is an actor in both television and film, Tommy is also a founding member of VetPics Film Productions located in San Diego, California - an all veteran independent film production company. His first film (in post-production), "Life after Oblivion", was written and co-produced by Tommy.

In addition, Tommy has co-hosted and appeared on several Southern California radio talk show programs. Most recently he was the face of the national Spotify commercial as the man with the dancing dog. he had written a new novel "Two Million Steps" which is now being edited for publication, and is working on a third thriller called "Final Fire".

Before moving to the Los Angeles area I lived in Madison Wisconsin. He was a career firefighter/paramedic with the Madison, WI Fire Department, and retired from the US Air Force Air National Guard. He is also a member of Hollywood American Legion Post 43 and a member of Veterans in Media and Entertainment. In addition, he is a member of the US Press Association and a photo-journalist with the California American Legion Press Association. Tommy is also a member of the Military Writers Society of America, San Diego Writers and Editors Guild, Southern California Writers Association, and San Diego Writers Ink.