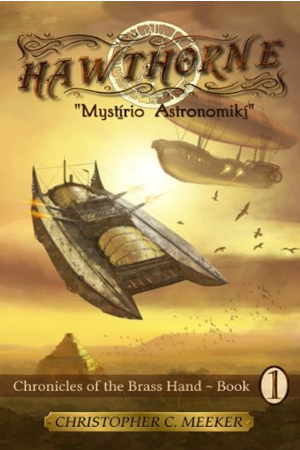 On a fateful day in the summer of 1835 Edgar gets his wish and is charged with the investigation of the Great Moon Hoax allegedly perpetrated by longtime family friend Johnathan Herschel of the Royal Observatory at the Cape of Good Hope, South Africa.

Before reaching his destination however, Edgar is caught up in a centuries old conflict between two warring factions. Due to damages sustained in battle, the airship Stratos, on which he is traveling, crashes into the jungles of the Congo; the very heart of Africa.

In his quest to locate provisions, Edgar and a portion of the crew stumble upon an ancient temple and Edgar comes face to face with the embodiment of his deceased sister Ophelia, imprisoned by a sinister figure armed with mind control abilities, known only as the Egyptian.

Haunted by his memories of Ophelia, Edgar determines to liberate the girl whom he now believes to be the reincarnation of his sister, and return her to London.

For Edgar's plan to succeed all he needs to do is solve the mysteries of the temple, free the girl, and survive the twisted schemes of the Egyptian. 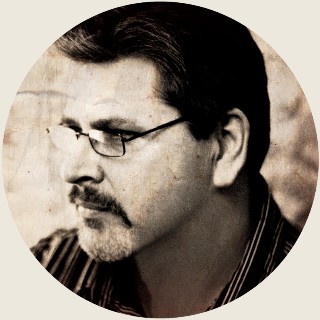 Christopher C. Meeker is a writer, husband, and father of three, based in beautiful Central New York where he enjoys the experiences of each new season, especially fall and winter.

Christopher began writing at an early age and was heavily influenced by the works of Edgar Allan Poe, H.G. Wells, Edgar Rice Burroughs and Jules Verne. Later he became drawn to the works of authors such as Arthur C. Clarke, Isaac Asimov and Ray Bradbury.

It is easy to see the influence these great writers had on Christopher as it is well-reflected in his writing, especially his latest book 'HAWTHORNE: Chronicles of the Brass Hand - Mystirio Astronomiki' which is currently available in both electronic and paperback editions on amazon.com, barnesandnoble.com, thehawthornebooks.com, and other online retailers.