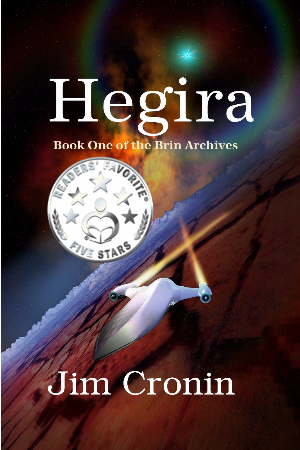 Hegira – Book One of The Brin Archives

His home world is dead; the victim of a supernova, but this does not stop Karm from attempting to save the Brin, his extinct species. Rescued by an alien race from a derelict spacecraft as a vial of DNA, then cloned, Karm must travel back in time, convince a small team of co-conspirators to join him in his quest, and outmaneuver a power hungry monarch and his fanatic brother, leader of The Faith, both absolutely committed to opposing him.

All of Karm’s plans rest on the untested and controversial cloning theories of the young geneticist Dr. Jontar Rocker, and the abilities of his bodyguard, personal assistant, and surrogate niece, Maripa. Will their combined efforts be enough to overcome the power of the monarchy and the planet’s most influential religion? Will Karm’s secrets destroy the trust of his companions and ruin his campaign to save the Brin? 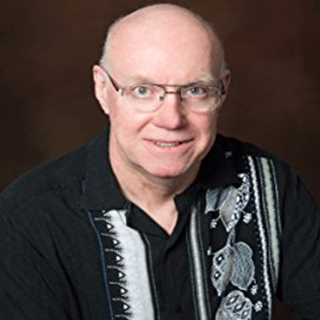 Jim Cronin is a retired middle school science teacher, currently working part-time as an educator/performer at the Denver Museum of Nature and Science. Born in Kansas City, Missouri, raised in Arlington, Virginia and Denver, Colorado, he became an avid science nerd at the height of the space race of the 1960’s. After thirty-five years teaching science in the middle school classroom, he decided to retire and explore new worlds of opportunities, including volunteering, bicycling, and writing. It is the writing experimentation which resulted in this novel.

Today, Jim Is an Educator Performer, or Edutainer if you prefer, at the Denver Museum of Nature and Science. The museum makes science fun and entertaining with an entire crew of performer/educators. Two years ago I was lucky enough for the museum to hire me, and pay me to come and play with kids and science.He lives in Colorado with his beautiful wife of thirty seven years. Together, they look forward to completely spoiling their new granddaughter. 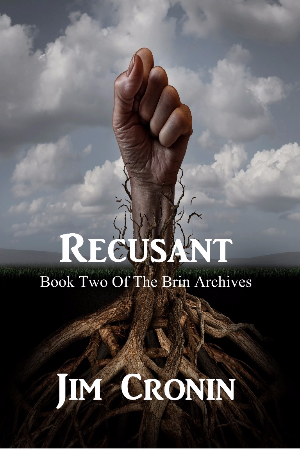