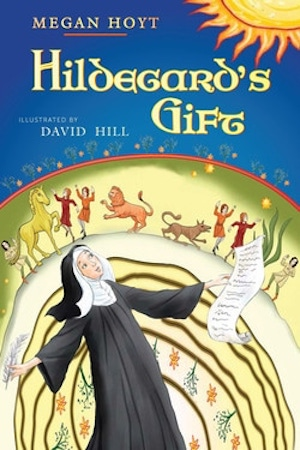 Hildegard's Gift was not wrapped in shimmering paper and tied with gold ribbons. It was not a special package left under a fragrant Christmas tree by old St. Nicholas. Hildegard's Gift was much more special than that. It took a lifetime for Hildegard to completely understand her gift, but when she finally did, she changed her entire world. This beautiful children's picture book not only celebrates the life and work of composer and herbalist Hildegard von Bingen; it also shows children that they, too, have gifts and talents hidden within, just waiting to be released.

Most women didn't write music during the Middle Ages. In fact, Medieval women didn't write at all. Most of them couldn't even read, and they rarely went to school. But not Hildegard. She learned to read and write in Latin, and she wrote music, drew pictures, came up with herbal remedies, and taught popes and princes. Her gift did not come without a price. She suffered horribly from unrelenting headaches. Despite the pain she endured, she persevered. Hildegard was a rare phenomenon. A gift to the world. ​ Hildegard believed her music was divinely inspired by God. Wherever your heart says your gift came from, never forget -- it is yours to treasure forever. Your heart is a secret garden, filled with hidden flowers waiting to bloom. Hildegard’s Gift, was released in 2014 (Paraclete Press). 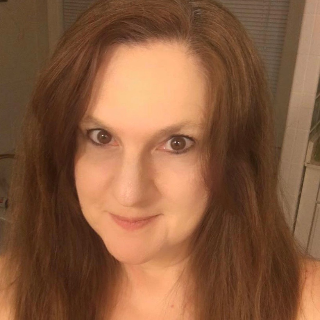 As a child, Megan Hoyt spent long, lazy days sloshing through puddles, climbing trees, and perfecting the art of school avoidance. Then she transferred to a small parochial school with an outstanding principal who believed children should have personal access to their favorite authors—among them Elizabeth Borton de Treviño (I, Juan de Pareja), Zilpha Keatley Snyder (The Witches of Worm), and Marguerite Henry (Misty of Chincoteague). Each year, a different author was invited to visit. Meeting these brilliant writers set her imagination on fire. She still has her autographed copies of their award-winning books. ​ ​Since Megan's parents were musicians with the Dallas Symphony, she spent many afternoons wandering backstage at the music hall or listening, riveted, to the resounding voices of opera singers as they shook the rafters with the strength of a thousand men. Another deep fascination -- music! Megan was in love AGAIN. ​

Combining her love for both books AND music, Megan created her first picture book, Hildegard's Gift. Hildegard of Bingen was a Medieval composer, but most women didn't write music during the Middle Ages. In fact, Medieval women didn't write at all. Most of them couldn't even read, and they rarely went to school. But not Hildegard. She learned to read and write in Latin, and she wrote music, drew pictures, came up with herbal remedies, and advised popes and princes. Hildegard’s Gift, was released in 2014 (Paraclete Press). Now a new generation is meeting Hildegard for the first time. Megan Hoyt is also the author of A Touch of the Infinite, a music appreciation guide for music teachers who adhere to the Charlotte Mason method of education.

A certified teacher, Megan has taught at private schools, homeschool co-ops, and even tutored child actors on the set of Showtime’s Emmy award-winning Homeland tv series. She frequently speaks on educational topics at conferences for teachers in the US and Canada. She has a BA in English and History (double major) from Southern Methodist University, and an MA in Theology from Regent University in Virginia. Megan lives in Charlotte, NC, where she spends most days surrounded by three furry pups, piles of books, and a gaggle of grandchildren. Although she still sloshes through puddles and climbs trees, she also enjoys playing classical guitar and going on Waldensian nature walks with her husband. 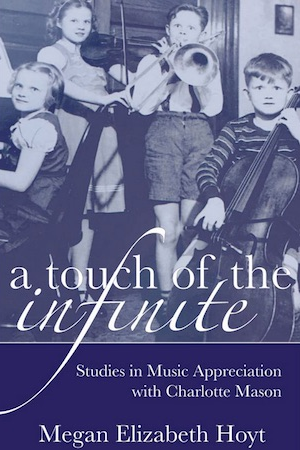 A Touch of the Infinite