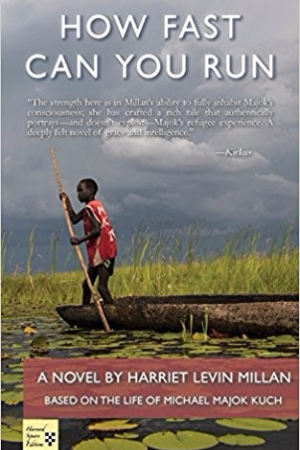 Set across a backdrop of refugee migration that spans Africa, America and Australia, How Fast Can You Run is the inspiring story of Michael Majok Kuch and his journey to find his mother. In 1988, Majok, as a five-year-old boy, fled his burning village in southern Sudan when the North systematically destroyed it, searching for John Garang, the South’s leader. Majok, along with thousands of other fleeing people, many of them unaccompanied minors, trekked through the wilderness in Sudan, Ethiopia, and Kenya to arrive at a series of refugee camps where he would live for the next ten years. When the U.S. brokered an agreement, granting approximately 4,000 unaccompanied minors political asylum, Majok, now Michael, was given a new start in the U.S. Yet his new life was not without trauma. He faced prejudice once again, disrupting the promise of his new beginnings. This is a story of a survivor who in facing challenge after challenge summons the courageous spirit of millions of refugees throughout history and today. 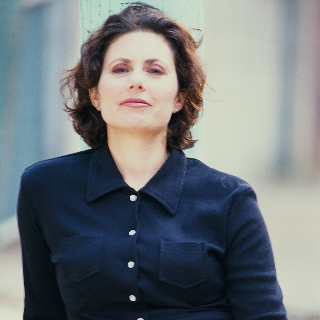 Prizewinning poet and writer, Harriet Levin Millan is the author of the novel, How Fast Can You Run: a novel based on the life of Lost Boy of Sudan Michael Majok Kuch (Harvard Square Editions, October 2016.) An excerpt from How Fast Can You Run, entitled “Yalla!” appeared in The Kenyon Review. Born in Philadelphia, Pennsylvania, she has used her writing and teaching to promote grassroots change in South Sudan, Haiti and the U.S. The Reunion Project, which she founded with her family and her Drexel University students, (fictionalized in How Fast Can You Run), reunited South Sudanese immigrants with their mothers living abroad. Her debut book of poetry, The Christmas Show (Beacon Press, 1997) was chosen by Eavan Boland for the Barnard New Women Poets Prize and also won the Alice Fay di Castagnola Award from the Poetry Society of America. The Philadelphia Inquirer named it a Best Book of the Year. She is also the author of Girl in Cap and Gown (Mammoth Books, 2010), which was a National Poetry Series finalist, and co-editor with Martha Pennington of Creativity and Writing Pedagogy (Equinox 2014). Hari received a M.F.A. from the University of Iowa Writers Workshop. At Iowa, she also worked as a translator for the International Writing Program, an experience which has continued to shape her interest in literature beyond the U.S.

Her first published poem appeared in The Iowa Review when she was a student at the University of Iowa. Also, at that time, she won Nimrod Journal’s Pablo Neruda Award for Poetry. Since then, her poems, short stories and essays have been widely published in journals such as Harvard Review, The Kenyon Review, PEN America, Ploughshares, Prairie Schooner, The Academy of American Poets Poem-a-Day, Antioch Review, Denver Quarterly Review, New Letters and The Smart Set . She’s held residencies at Yaddo, The Virginia Center for the Arts, and the Vermont Studio Center, and she visited Kenya with Summer Literary Seminars and South Sudan on a Drexel University International Travel Award.

She is Director of the Certificate Program in Writing and Publishing at Drexel University, where she teaches writing in the English Department. For the past five years, she has been leading Drexel University undergraduate creative writing students on a trip to Haiti focused on PEN Haiti outside Port-au-Prince. Besides Drexel, Hari has taught writing at New York University, The University of Pennsylvania, Rosemont College, The College of New Rochelle, Temple University, Hunter College Campus High School, New York State Poet-in-the-Schools, and at several writers conferences including The Iowa Summer Writing Festival, the Catskills Writers Conference and the Festival of Writers and Writing at St. Mary’s College, Maryland.