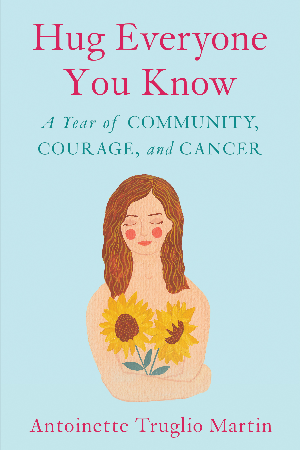 Hug Everyone You Know – A Year of Community, Courage, and Cancer

In 2007, Martin believed her call back doctor appointment was routine, maybe a scare, nothing worse. Her shock at receiving a Stage I breast cancer diagnosis was instantly compounded by her own deep fears. As a self-described wimp—afraid of needles and uncomfortable with sedation—how was she going to get through this? A successful children’s book author who longed to write more, Antoinette started her fight against cancer with words.

She began by journaling and by writing emails to Her Everyone—the large close-knit family and circle of beloved friends wanting to offer their support, especially those who were fighting breast cancer alongside her. The emails not only helped to keep Her Everyone informed, they gave cancer less of a presence in Antoinette’s life, since she wasn’t repeatedly updating people or saying the word “cancer” over and over. The practice of writing calmed her and also gave her space to focus on living: on the house that wasn’t selling, an exciting new job, daughters in college, and summer beach plans. She signed every email with the reminder to “hug everyone you know.”

Those emails and journal entries are at the heart of this memoir, which give the book an immediacy and raw power. HUG EVERYONE YOU KNOW is a memoir about how Antoinette found the courage to navigate her first year of breast cancer treatment. It’s the story of how a community—colleagues, family, friends—rallied to support her. The book is moving, brave, informative, and occasionally funny—and it speaks to us all. 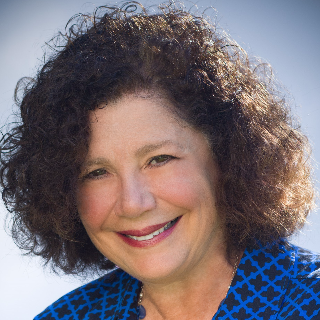 Antoinette Truglio Martin is a speech therapist and special education teacher by training but is a writer at heart. Her latest book, Hug Everyone You Know: A Year of Community, Courage, and Cancer (She Writes Press), is memoir chronicling her first year with cancer as a wimpy patient.

She is also the author of the children’s picture book, Famous Seaweed Soup (Albert Whitman & Company) and was a visiting author in schools for several years. Antoinette was formerly a regular columnist for Parent Connection (In A Family Way) and Fire Island Tide (Beach Bumming). Personal experience essays and excerpts of her memoir were published in Bridges, Visible Ink, and The Southampton Review. She proudly received her MFA in creative writing and literature from Stony Brook Southampton University in 2016.

Antoinette lives in her hometown of Sayville, NY with her husband, Matt, and is never far from My Everyone and the beaches she loves. 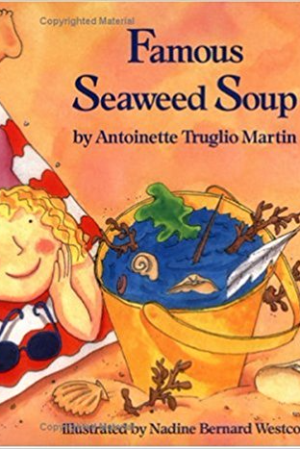