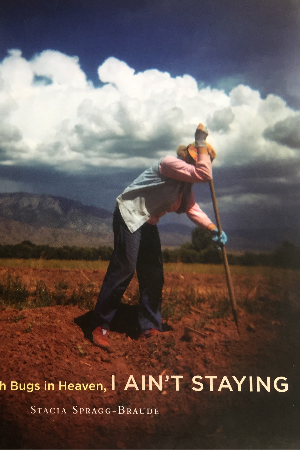 If There's Squash Bugs in Heaven, I Ain't Staying – Learning to Make the Perfect Pie, Sing When You Need To, and Find the Way Home with Farmer Evelyn

“If There’s Squash Bugs in Heaven, I Ain’t Staying” is the story of Evelyn Curtis Losack and her magical farm along the Rio Grande in Corrales, New Mexico ~ one of America’s oldest, continuously farmed villages ~ where the 80-something year-old, opera-singing farmer not only shows how to make a perfect pie, save the earth, sing like you mean it and get rid of squash bugs, but also reveals the way to happiness and meaning in life is just beneath your own feet. The book is at once a biography of a person and her place on earth and an allegory exploring universal themes of connection, identity and home. It’s a narrative non-fiction account of a farmer who thought she had become too old to farm written by a wandering soul with a young child who thought she was just taking some time to help out and perhaps learn a thing or two about growing really good tomatoes, but instead learns how to find one's place in the world. 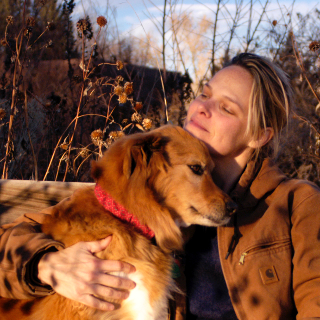 Stacia Spragg-Braude is a photographer and writer living in Corrales, New Mexico. The essence of her work explores connection to land, ancestry and sense of place. For her most recent book, "If There's Squash Bugs in Heaven, I Ain't Staying: Learning to Make the Perfect Pie, Sing When You Need To, and Find the Way Home with Farmer Evelyn," Stacia spent years helping Corrales matriarch Evelyn Losack on her family's historic farm. The book, published by the Museum of New Mexico Press, received awards, including Best Book for 2014 and Best Biography for 2014 in the New Mexico-Arizona Book Awards. Stacia also received the Fabiola Cabeza de Baca Award from the Historical Society of New Mexico for the work. Stacia worked as a staff photographer at the Albuquerque Tribune (1996- 2005), covering daily assignments and long-term projects throughout New Mexico. While at the Tribune, she met the Begay family on the Navajo Indian reservation. Stacia photographed and interviewed four generations of the family for 10 years as part of a long-term documentary project culminating in her book "To Walk in Beauty: A Navajo Family's Journey Home." (Museum of New Mexico Press). Over the years, lasting friendships developed and Stacia became an adopted member of the family. The work received a generous grant in its early stages from the New Mexico Humanities Council to be exhibited throughout the state and on the reservation. Stacia continues to present the work as part of NMHC’s Speaker/Chautauqua series. The work has received numerous awards, most notably as a finalist for the W. Eugene Smith Award. Prior to moving to New Mexico, Stacia worked on photo projects for Time Magazine, the Associated Press and independent projects in Cuba, Africa, Corsica and extensively in the Balkans. She graduated with a Master’s in Journalism from the University of Missouri in 1995. She has lived in Corrales for nearly 25 years and remains active in farmland preservation efforts. 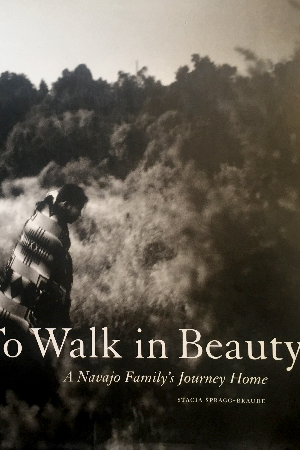 To Walk in Beauty