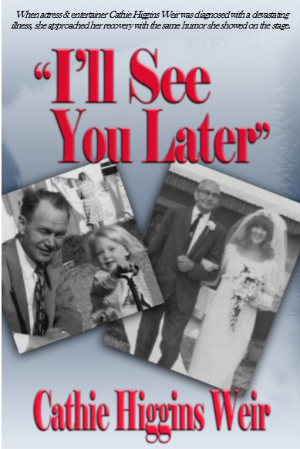 When actress and comedienne Cathie Higgins Weir was diagnosed with a devastating disease, she approached her recovery with the same zeal and humor she showed on the stage.

As an accomplished actress, Weir has seen many strange things in her thirty years on stage, but ten years ago she encountered an amazing sight three months before her double lung transplant. Her father appeared to her in a dream. He simply told his daughter, “I’ll see you later.”

The phrase would both haunt and comfort her during the demanding times ahead. As Weir recounts in this new memoir, "my father died of emphysema at fifty-nine, I was diagnosed at fifty-six. I was terrified I only had three years to live."

Was her father’s appearance a warning? In the hilarious, harrowing adventure ahead, Weir would learn the truth.

Weir’s memoir isn’t merely about her personal fight with emphysema and the transplant challenges, but expands its scope to look at the realities of organ donation, the importance of being your own medical advocate, and the bonds that connect donors, recipients, and their entire support networks. 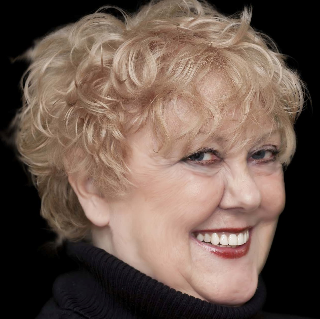 Ten years after her double lung transplant, Cathie Higgins Weir is now a charter member of the Heavy Breathers Club. She and her husband Rich reside in Kalamazoo, MI and have been married for 47 years . . . 40 happily.

As a result of her 30-year career at the Kalamazoo Civic Theatre Rich proclaims, “I never know what character I’ll wake up to in the morning!” He was extremely anxious when Cathie played Lady Macbeth. Their passion is traveling, especially to tropical destinations with their daughter Susan and granddaughter Hannah. Unfortunately, their rescue dog, “Scary Kerry” stays behind at the doggie hotel.