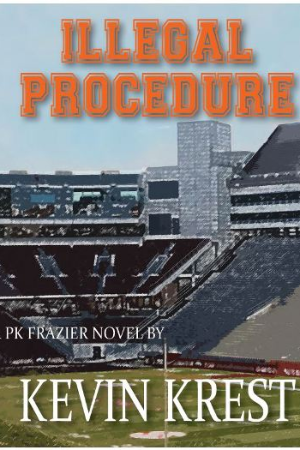 Within a few weeks of graduating with his MBA and absolutely no idea about his future, Paul Frazier meanders in to his favorite college hangout and walks out with a new name and a once-in-a-lifetime sports broadcasting job that ultimately puts his reputation – and his life – in jeopardy.

"Illegal Procedure - A PK Frazier Novel" is the first in a series of books featuring the main character, beginning with flashbacks to his graduate school times, preceding his eventual sports broadcasting career. PK's job leads him and his closest business associate on a variety of escapades from New York, Los Angeles, Philadelphia and many places in between. From big city night spots to college campus hangouts, we're led on a wildly entertaining ride that ultimately finds PK fighting to save his reputation and career. Along the way, seductive women and unscrupulous men play a prominent role along mean streets and on tropical islands, ultimately forcing Frazier to take actions into his own hands, concluding in an unexpected series of events. 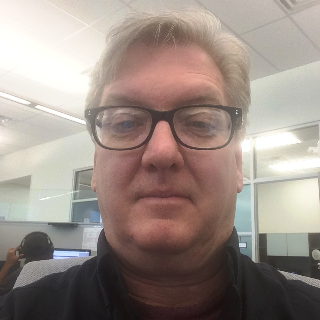 Kevin Krest was born in Harrisburg, Pennsylvania to parents who were both from Pittsburgh. At the age of six, his family moved to Roanoke, Virginia and to this day considers himself a Virginian. From an early age, he gravitated to sports, with some of his earliest memories being of Johnny Unitas and Arnold Palmer. As a youth, he participated in baseball, football and basketball, but his slight build and poor performance soon discouraged him from continuing. His emphasis was diverted to watching sports, with the exception of golf, which he still avidly plays and follows.

In high school, which he attended in Virginia Beach, Kevin worked as a trainer with the track team and caddied for a very prominent member of the golf team, Curtis Strange, who later went on to win consecutive U.S. Open titles and was the first golfer to earn over $1 million in a season. Despite his own fairly competent golf game, he was never able to make the team that won three consecutive state titles. Somehow, even with all of his interest in sports, Kevin managed to graduate from high school and get accepted to Virginia Tech.

After an unsuccessful stint as an engineering student, he switched to the business school and ended up getting a bachelor's degree in economics, during which Kevin was a disc jockey and sportscaster at the campus radio station. He continued that activity during graduate school, where Kevin ultimately earned an MBA. Following graduate school, he took a job with a regional retailer in their management program and within three years was in a position in their corporate human resources offices. Over the next twenty five years, Kevin moved from retailing to financial services to emerging technology, eventually ending up in a global business development role that required extensive travel and time away from his family. On a flight from Atlanta to Paris, Kevin realized he'd had enough and upon his return home, decided to stay there and take care of his three young daughters.

Eventually, Kevin found himself in a position to decide what to do with the next stage of his life. He ended up meeting the love of his life and wrote a book about the adventures of a sportscaster, "Illegal Procedure - A PK Frazier Novel" in August of 2013 and followed that up with “Roughing the Passer - A PK Frazier Novel” in October of 2014 and “Offsetting Penalties - A PK Frazier Novel” in January of 2016 while working in a senior management role, which he recently left. He is currently writing the fourth book in the series. Kevin is an avid blogger, posting regularly to his Beyond the Commentary blog at https:\kevkrestsports.blogspot.com. He is a contributor to The Cold Hard Truth: On Sports as a writer and co-host of a weekly broadcast. Kevin has also been a weekly guest on Lou Vickery’s “Lou in the Morning” radio broadcast since February of 2015. 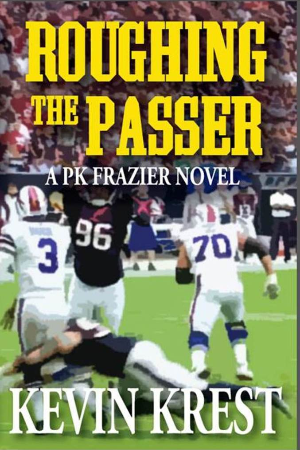 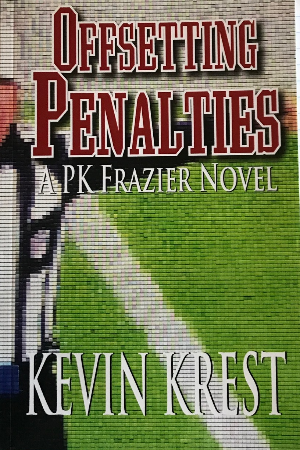