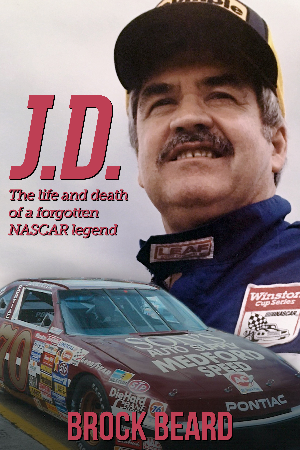 J.D.: The Life and Death of a Forgotten NASCAR Legend

August 11, 1991. Watkins Glen, New York. 52-year-old John Delphus "J.D." McDuffie, Jr. climbs aboard his No. 70 Pontiac, lined up 35th on the grid for NASCAR's Budweiser at the Glen. For the 653rd time, he pinches a cigar between his teeth and fires the engine. Few take notice of No. 70 as it rolls onto the 2.428-mile road course - only a small group of volunteers, fans, and family back home in Sanford, North Carolina. Even they know McDuffie has never won a NASCAR race, and likely never will before the big-money teams squeeze him out of the sport.

But no one knows that just five laps later, McDuffie will be dead, his No. 70 wrecked at the fastest spot on the track. 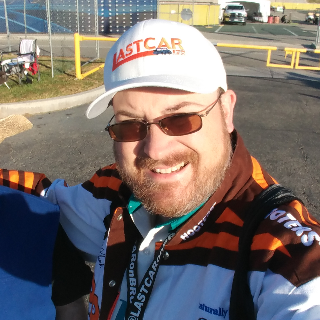 Brock Beard graduated with honors from the University of California at Irvine with four years on the UCI Men's Crew and completion of the Humanities Honors Program. He holds a Juris Doctor from John F. Kennedy University with a Witkin Award in Constitutional Law. A racing enthusiast, Beard founded LASTCAR.info in 2009, a site dedicated to NASCAR's last-place finishers and small teams. His work has been featured on NASCAR.com, SPEED Channel, RaceTalkRadio.com, Manifold Destiny with Mojo Nixon, and the PETM Podcast. Beard resides in Antioch, California.