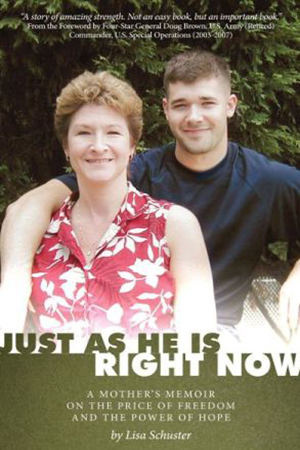 On October 15, 2004, Lisa Schuster got the call every military mom dreads - her son had been wounded in action. Matthew Drake had been in Iraq only thirty-four days, on his first deployment with the U.S. Army, when the vehicle he was driving was blown up by a suicide car bomber. Three other servicemen died in the explosion. Matthew was still in a coma when his mother first saw him in a German hospital - burned and broken, with so much damage to his brain that even if he lived, he might never wake up again.

In this memoir of motherhood at its most challenging, Lisa recalls the subsequent years of trauma and triumph as her son re-learned how to walk and talk, while his family came to understand that Matthew would never be the same. Lisa’s candor exposes the confusing and guilt-ridden realm of ambiguous loss where grieving for what was and might have been competes with gratitude for what is and what might be.

Heartbreaking and humorous, irreverent and inspiring, Just As He Is Right Now is a must-read for all those who love someone with a traumatic brain injury or anyone struggling to overcome a life-altering challenge. Readers will be uplifted by this story of an ordinary young man who wanted to be one of the good guys and rose from the ashes to become exactly that.

ALL proceeds from the book go to the Matthew Drake Fund to bridge the gap between the benefits that he receives and the actual cost of his residential care. 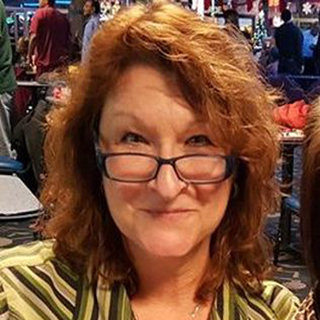 Lisa favorite job is as a mother of three adult children, wife, daughter, sister, and aunt. She’s always loved to write but this is her first attempt at writing a book. Her background includes working as a communications consultant, a computer coach, and a Licensed Massage Therapist in the State of Ohio.