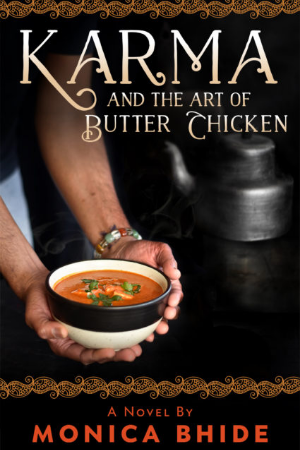 Karma – And the Art of Butter Chicken

Raised by Buddhist monks in Delhi after his mother’s untimely and tragic death, Eshaan sets out on the challenging quest to feed and nourish the hungry so they do not suffer her same fate. His attempts to achieve this monumental goal are constantly thwarted. And when his former girlfriend returns from Europe with a handsome fiancé in tow, his life becomes even more complicated. A sliver of hope appears in the form of a local TV cooking competition. Winning would offer the solution to all his problems: money for his mission and the chance to impress the girl he loves. But to win this competition, Eshaan first must face a secret that has the potential to destroy his life and his dreams.

Can a young life that has been defined by a crisis ever really thrive? Will Eshaan’s pain-filled spirit ever hear the songs of salvation that the Universe sings for him, or will his demons ultimately win?

Celebrated food writer Monica Bhide dishes up a page-turning story of sacrifice, determination, and an honest exploration of the human spirit. Set in contemporary India and seasoned with gentle love, dramatic loss, enchanting poetic verse, and exotic food, Karma and the Art of Butter Chicken will take you to a place where past and present keep uneasy yet delicious company. 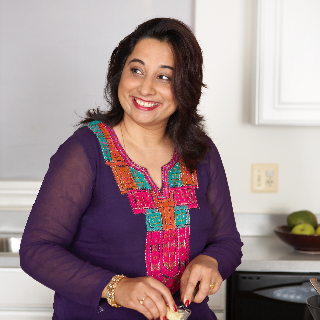 Monica Bhide is a bestselling fiction and internationally renowned cookbook author, known for sharing food, culture, mystery, and love in her writing. Having roots and experience in many places, Monica inspires readers everywhere with present day stories which transcend cultural, chronological, geographical, economical, and religious borders.

As a noted international food writer, Monica has built a diverse and solid audience through her books and articles in top-tier media such as: The New York Times, The Washington Post, Christian Science Monitor, Bon Appétit, Town and Country Travel, Food and Wine, Cooking Light, Better Nutrition, and many others. Her work has garnered numerous accolades and has been included in four Best Food Writing anthologies (2005, 2009, 2010, and 2014). Her memoir, A Life of Spice, was picked by Eat Your Books as one of the top five food memoirs of 2015. Top Chef’s Padma Lakshmi picked Bhide’s Modern Spice (Simon & Schuster, 2009), as one of the “Best Books Ever” for Newsweek in 2009. The Chicago Tribune named Monica “one of the seven food writers to watch in 2012”.

Monica Bhide, a respected writing authority, appears regularly on NPR and conducts sold-out workshops on writing, food, culture, and scheduled speaking events at prestigious venues as the Smithsonian Institution, Sackler Gallery, Les Dames d’Escoffier, Georgetown University, and Yale University. She has taught all over the world including conferences in London, Dubai, US etc. She has also been the “Writing Coach in Residence” for the annual conference of the Association of Food Journalists. Monica is a graduate of the George Washington University (Washington, D.C.), and holds a master’s degree from Lynchburg College (Lynchburg, VA) and a Bachelor’s degree from Bangalore University (Bangalore, India). She feels fortunate for her rich, multicultural education and enjoys giving back to the global community by serving on committees and volunteering for Les Dames d’Escoffier, The International Association of Culinary Professionals, and at her children’s schools in Northern Virginia. Monica lives in Virginia with her husband and two sons. 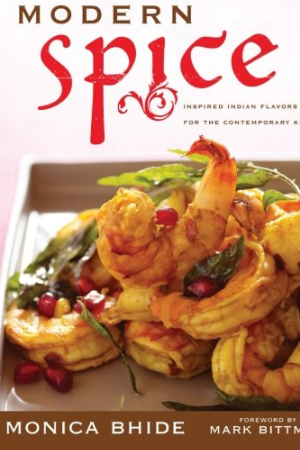 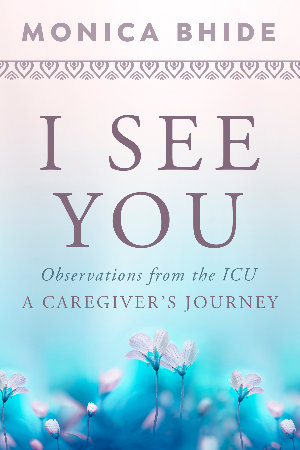 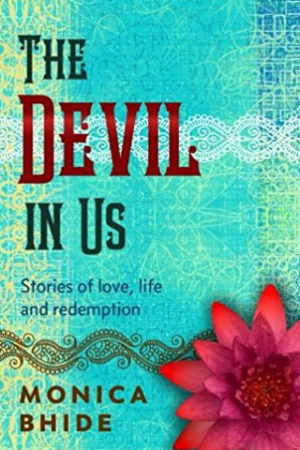 The Devil in Us 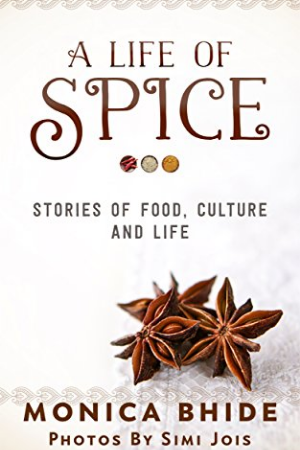 A Life of Spice