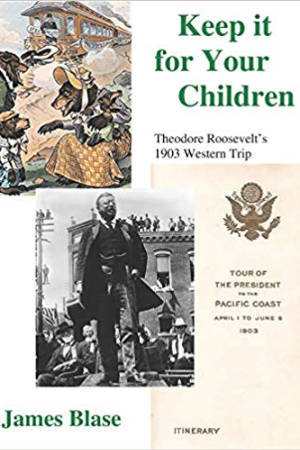 Keep it for Your Children – Theodore Roosevelt's 1903 Western Trip

Written and released to commemorate the 100th anniversary of President Theodore Roosevelt’s passing on January 6, 1919, this book chronicles a nine-week, coast-to-coast , “western trip” which the President made during the middle of the first term of his Presidency, from April 1 through the first week of June, 1903.

“Keep it for your children and your children’s children.” Most everyone is familiar with these now famous remarks Theodore Roosevelt made at the Grand Canyon during the middle of his 1903 western trip, and how the President eventually applied this same sentiment towards our nation’s other National Parks, Monuments and Forests. As you travel along with President Roosevelt over the duration of his cross-country train journey, you will gradually discover that the President preached a very similar “keep it for your children and your children’s children” message when it came to the duty of every American to help keep, preserve and protect the nation itself. 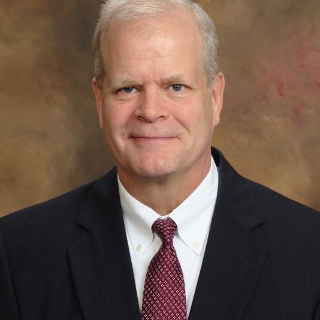 Jim is an attorney in private practice in Chesterfield, Missouri. He is the author of three books, including Optimum Estate Planning: Explanation and Sample Forms, Keep it for Your Children: Theodore Roosevelt's 1903 Western Trip, and St. Jacinta of Fatima: Lead all Souls to Heaven. Jim is also the producer of the 4-hour, 4-dvd boxed set, The 1904 World's Fair Reconstructed: A Virtual Tour of the Entire Louisiana Purchase Exposition.