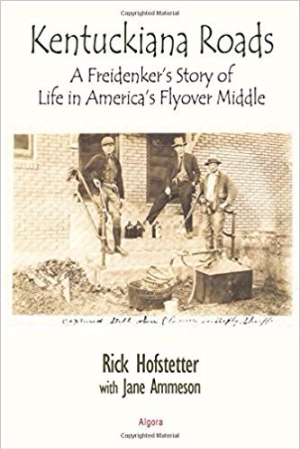 The town, ironically enough named “Story”, is on the northern fringe of hill country, an area settled primarily by Germans who built towns and breweries along the mighty Ohio River, and Scotch-Irish, who pioneered inland, establishing a church at every crossroad, and a still in every holler. This is a land unscarred by the glacier that flattened most of the Midwest 22,000 years ago, and extends across the mighty Ohio to embrace Bluegrass and Bourbon country. It is a land of churches, caves, limestone quarries, manufactured homes, Harley Davidson rallies, hardscrabble farmers, snake handlers, Dixie flags, meth labs and gun stores, and it is called Kentuckiana. If Kentuckiana were a state, it would still be legal to smoke inside schools and hospitals.

Kentuckiana, and places like it, picked our president. The author takes the reader on a journey deep into Kentuckiana and into the minds of the people who live there, and pulls no punches. Stylistically, the book reads more like Peter Mayle or Voltaire than JD Vance, but it does thoughtfully propose some constitutional amendments that might keep America from fracturing for good. Regardless, the reader’s image of America’s forgotten flyover middle will never be the same. 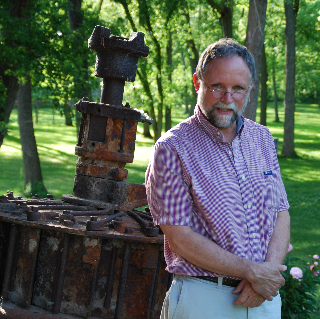 Richard R. (“Rick”) Hofstetter showed unusual talent as a swimmer in the 1970’s and left his native Pittsburgh to accept an athletic scholarship at Indiana University (Bloomington), where he trained with the legendary coach James (“Doc”) Counsilman, and became a national champion. Rick soon moved on to academic pursuits, earning his BA in History, MA in Political Science (both from IU) and a Juris Doctorate from Duke Law School.

Rick enjoyed a successful career as a business lawyer and commercial arbitrator in Indianapolis, where he raised four children and developed a passion for German-American history and old architecture. He and a close friend, Frank Mueller, bought the entire 19th century town of Story, Indiana, in 1999, and undertook the massive effort of bringing its architectural treasures back from the brink while developing Indiana’s best-known destination B&B, the Story Inn. www.storyinn.com.

In addition to these activities, Rick has been an adjunct member of the faculty at the Andre B. Lacy School of Business Administration at Butler University (Indianapolis) since 2002. At Butler, he has taught business law classes at both the undergraduate and graduate levels. By his own admission, Rick is a curmudgeon and a cynic, and spends most of his time these days reading or sipping wine with age appropriate male friends, always in the company of his German Shepherd-Husky mix named “Snow”.