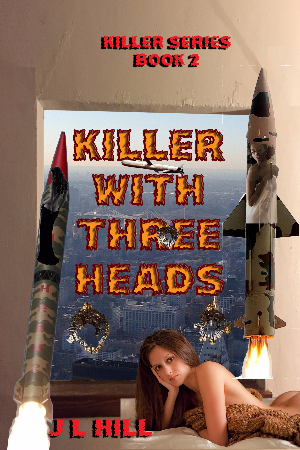 Killer With Three Heads is the second book in the Killer series. Bulletproof Morris ‘Mojo’ Johnson returns to New York as John Morrison after a 10 years’ absence to find the people responsible for kidnapping his daughter, Maria. He had been recruited by the NSA to train commandoes to fight the War on Drugs in Columbia. Will what he’d been doing in the past decade cost the life of his little girl?

The Rocci Family is the most powerful Mafia family in New York and Nicky ‘Nails’ is about to replace his father as the head of the New York Mafia. His ties to the street gangs are strong and even though he hasn’t seen Morris in four years, since he disappeared in Columbia in 1980, the two are still thick as thieves.

Nicky’s power is being challenged by the Chicago Mafia who is trying to split the New York families and take control. Against Nicky wishes, Mojo has sent gang members to set up shop in Chicago, a move that threatens both the New York and Chicago Mafia. The pair knows FBI agent, Tom Green, is behind the kidnapping of Maria, they don’t know if Tom Green is working for the Chicago mob or the Government, as both would benefit.

Where Killer With A Heart took you into the dark world of organized crime and street gangs, this story takes the reader around the world to the very seats of power in Caribbean, Aruba and the Bahamas; into Columbia, Venezuela, the Baltic, Afghanistan and Egypt; and here in the U.S.A. - New York, Chicago, and Washington D.C.

Killer With Three Heads is an explosive, sexy, world-wind thriller that keep you wondering how far is too far. What kind of people would start a war with the most dangerous man alive? What will Bulletproof Mojo Johnson do to get his daughter back safely? And what will happen if he doesn’t? 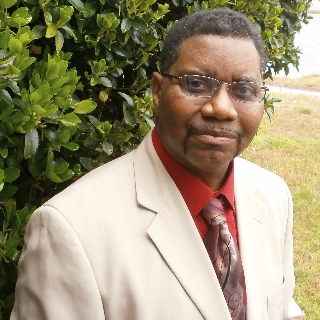 12 years of Catholic education and a couple of years in college spread between wild drug induce euphoric years, which did not kill him, gave James an unique moral compass that swings in any direction it wants. A scientific mind and a spirit that believes nothing is impossible if you want it bad enough guides his writings. He enjoys traveling to new places and seeing what life has to offer.

James began writing short stories and poetry back in his early years. In his twenties moved on to novels. He worked in the financial industry and later got a degree in computer programming, his other love. James has a successful career as a software engineer designing, developing and maintaining systems for the government and the private sector. He has been programming for nearly forty years in various languages.

The next step on his journey naturally led to the business of publishing. He started RockHill Publishing LLC not only to produce his own work, but to give others access to the literary world. His computer background and experiences in word processing gives him insight into what it takes to publish good books. 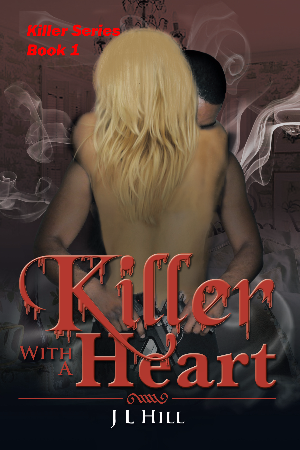 Killer With A Heart