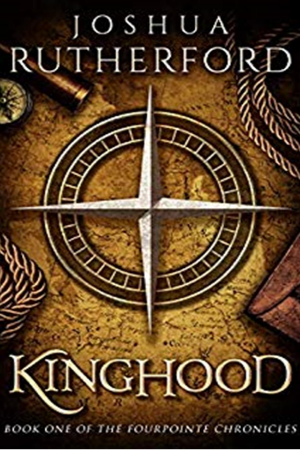 Kinghood – Book One of The Fourpointe Chronicles

From birth, Prince Jameson has been groomed to reign. On the heels of a victory against a barbarian force, he is welcomed home as a savior. His father toasts his impending marriage to the daughter of a key ally. Everything is in place for the young monarch-in-waiting.

Yet all is not what it seems in Arcporte Castle. In the shadows, barons speak of usurping their sovereign. Kings doubt their alliances on the eve of signing a treaty. And one royal is much more than the man he claims to be.

In the midst of this mystery and intrigue, a throne is challenged. Kin Saliswater, having ruled their island nation of Marland for over two centuries, find their dynasty in tatters. Only by marshaling every resource – and blood relative – available, do they stand a chance of defending their rule and securing a lasting legacy for the next generation to rise as king. 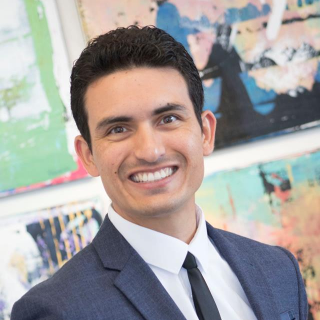 Joshua Rutherford is a novelist and screenwriter, best known for his epic fantasy book, Kinghood. As an avid fan of literature and film, Joshua has spent the past fifteen years crafting compelling screenplays and stories.

Joshua’s foray as a scribe first began after he graduated from the University of California, Santa Cruz with a degree in Film & Digital Media. First, he focused on screenwriting, honing his abilities at creating dialogues, description, and acts. From there, he turned to short stories and novels. He is the author of ten scripts, two TV pilots, and currently has five titles listed on Amazon, in addition to his regular social media posts and blog articles. . Joshua brings a unique experience in writing for both the screen and paperback. He has an ear for dialogue, one he has honed in more than five years in Toastmasters, where he not only gave prepared speeches but evaluated other speakers in their craft. Additionally, as a student of history, he regularly researches European, Middle Eastern, and other cultures pertaining to background material he implements into his stories.