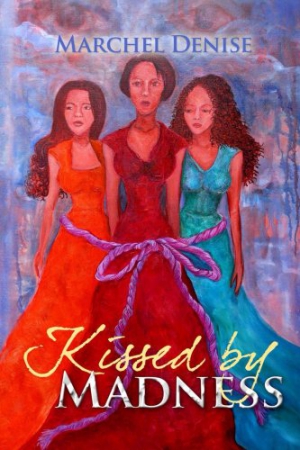 Kissed by Madness chronicles the cost of domestic violence. Honor Ellis, the prodigal daughter of the South, is trapped in her marriage nightmare. With frayed nerves and a broken spirit, she is inches away from insanity—completely unraveling after the birth of her son, Day.

Sasha Ellis is trapped in an abusive relationship with her boyfriend. Barely six-years-old at the time of her mother’s incarceration, she is a drug addict who will do anything for a hit, and to keep from being hit.

Carmen Ellis, the born-again mother, shares her words of wisdom from behind prison bars. Through her letters to her children, she seeks their forgiveness, the one thing she wants most. But she may be too late as another Ellis woman faces prison time for doing the unspeakable.

At the center of their struggles is Ranford “RJ” Ellis, Jr., who witnesses his mother, Carmen, shoot and kill his abusive father at age eleven. RJ overcomes the depths of poverty in the Wayne Miner projects of Kansas City, although the memory of that fateful day haunts him as he takes his anger out on those he loves the most.

The Ellis women live in pain. They face emotional traumas and fistfuls of hurt. 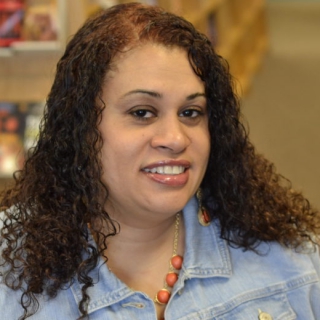 Marchel Denise is the author of Painted on Souls and Savor the Sweetness. Marchel obtained a bachelor’s degree in journalism from the University of Central Missouri. She also holds a master’s degree in communications from the University of Missouri-Kansas City. Marchel has worked as a journalist for more than 18 years, both as a writer and editor in Kansas City, Mo., Reno and Tampa. Currently, she works as a communications specialist in Kansas City.