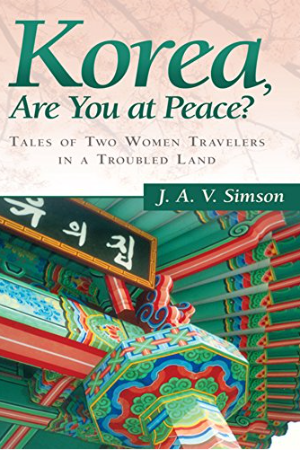 Korea, Are You at Peace? – Tales of Two Women Travelers in a Troubled Land

When biologist Simson was offered a contract to teach on American military bases in South Korea via the University of Maryland University College Overseas Division, she was excited to explore a culture much different than that of her hometown of Charleston, S.C. The end result is this compelling narrative in which Simson compares her modern-day experiences in South Korea to those of Victorian travel writer Isabella Lucy Bird Bishop. Both women were 63 when they began their journeys--Bishop in 1894, Simson in 1999--and though Bishop traveled with the aid of missionaries and Simson's two-year stint involved navigating confusing streets in used cars, both women went home with a deep admiration for many of the people they met along the way.

While Simson presents a condensed history of Korea's troubled past and a vivid account of her trip to the Demilitarized Zone, she also offers many glimpses of her day-to-day life in places like Songtan and Taegu, including descriptions of Korean food such as a delicious pajeon (onion pancake). Of course, some culture shock is to be expected, and Simson describes the difficulties she encountered with the Korean language and weather-related problems, like the time her car broke down in a monsoon.

The author writes that though neither she nor Bishop was fond of large Korean cities, they both reveled in the magnificent beauty of the countryside and mountains. (Generations ago, Bishop was able to explore the Diamond Mountains, now part of North Korea.) As in any culture, there are paradoxes, and Simson portrays them with a nonjudgmental but honest voice; for instance, the same people who drove recklessly and always seemed to be in a hurry were also industrious and quick to help her. Likewise, the same culture in which she saw women mistreated also held a deep reverence for its elders. 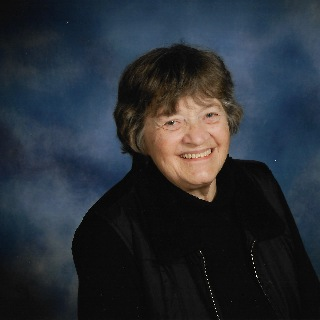 Jo Anne Valentine Simson, MS, PhD. Scientist, world traveler, and author. She retired from the Medical University of South Carolina where she taught for nearly three decades and published research in cell biology as an author on more than 60 scientific articles.

Dr. Simson combines a fascination with human biology and culture, a love of travel, and an obsession with writing. Lifetime adventures include living overseas for five years as well as driving an RV throughout much of the U.S. and Canada, often traveling solo, though sometimes accompanied by her brother in his RV or by a grandson in hers.

Since retiring from the teaching profession, she has published four nonfiction books on travel and self-help as well as two books of short fiction. She currently resides in Charleston, SC. but plans to move to Tennessee in early 2020 to be near a daughter.