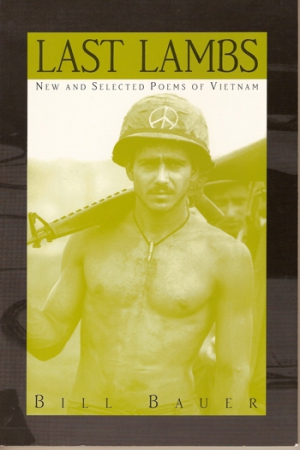 Last Lambs was crafted to give voice to the inner war of the soldier in the field and the ghost "on the other side of the sky. " The poems guide readers through the climate of he times, going to Vietnam, being transformed by the war, and the lifelong search for reconciliation. The everyday humdrum and pain of the war are felt through the experiences of its powerless victims: hootch maids, basecamp dogs, mama-sans, Eurasian orphans, detainees, teenage G.I.s and veterans alienated from the society they left behind.

Bauer avoids the verbiage of diatribe and makes the war real by paying close attention to detail, allowing the war's natural and authentic language and vivid imagery to evoke its own terrible legacy. The book aims to give future generations curious about the Vietnam War era insight into the moral ambivalence and personal frustration of the American soldier and why so many continue to struggle long after the war is officially over. 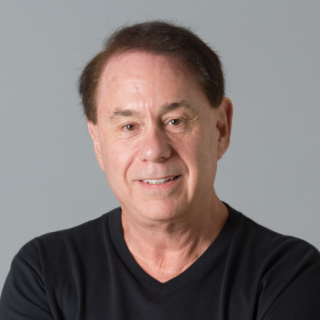 Bill Bauer is the author of five books of poetry, most recently Last Lambs: New and Selected Poems of Vietnam (Second Edition), a 2014 Eric Hoffer Legacy Award Finalist. His poems have appeared in several anthologies, including, From Both Sides Now: The Poetry Of The Vietnam War And Its Aftermath, and are you experienced: baby boom poets at midlife, and in several poetry reviews and journals.

He was drafted out of graduate school and served with the Kansas National Guard in the 1968 race riots and in 1969 with the 4th of the 9th Infantry, 25th Division, along the Cambodian Border in Tay Ninh Province, South Vietnam and at division headquarters at Cu Chi. Before the sale of his company in 1992 he was a co-founder and president of Media/Professional Insurance, an international underwriting management firm that specialized in coverage for one-of-a-kind errors and omissions risks and the leading insurer worldwide in the defense of libel and slander and infringement of intellectual property rights claims against publishers, broadcasters and film producers.

A native of Kansas City, Missouri, he now lives on the island of Maui. 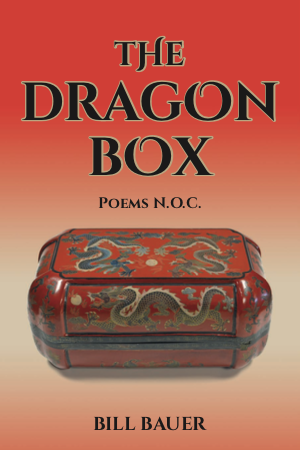