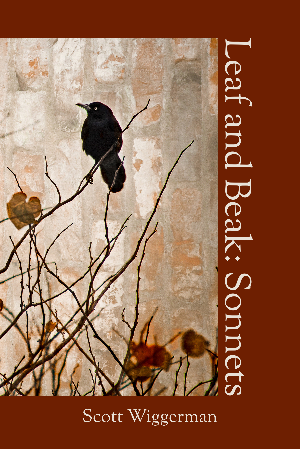 Leaf and Beak: Sonnets, Finalist for the Texas Institute of Letters' Helen C. Smith Memorial Award, is Scott Wiggerman's third book of poetry, the first that is entirely in the form of sonnets and exclusively focused on nature.

The sonnets—seventy-five of them—flow so smoothly you can forget you’re reading a sonnet and just let the images take you in, the rhythms move you forward. The poems of Leaf and Beak are quiet poems, reflective poems, poems that ask you to walk in stillness for moments at a time, to absorb “the hidden in full view,” to appreciate “a lone green leaf / that hangs on like a weekend birthday, deaf / to bitter winds.”

Wiggerman moves from the observed image, letting some details turn him inward while others lead to meditations on his fellow beings, on the world he walks. “What will / tomorrow bring that now cannot be seen?” he asks. “What change, what wonders to discover?” Discover why Larry D. Thomas, author of As If Light Actually Matters: New & Selected Poems, writes, "These sonnets are exquisite. They are as good as any I have read by contemporary American poets.” 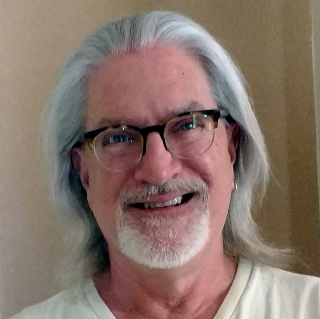 Scott Wiggerman, a poet, editor, and publisher, resettled to Albuquerque, New Mexico after 35 years in Austin, Texas. The author of three books of poetry, Leaf and Beak: Sonnets, Presence, and Vegetables and Other Relationships, he is also the editor of several volumes, including Wingbeats: Exercises & Practice in Poetry (cited in the Poet’s Market as one of “six stellar sources” of poetry prompts for writers), Lifting the Sky: Southwestern Haiku & Haiga, and Bearing the Mask: Southwestern Persona Poems.

Wiggerman is also a frequent poetry-writing workshop leader, including a decade-long stint at the Writers’ League of Texas Summer Retreat in Alpine, Texas. In Albuquerque, he heads the Albuquerque chapter of the New Mexico State Poetry Society, and co-runs a monthly Wingbeats poetry workshop at Albuquerque's Bookworks. He and David Meischen founded Dos Gatos Press in 2004, a nonprofit, tax-exempt corporation organized to make poetry more widely available to the reading public and to support writers of poetry—especially in the Southwest.

Hundreds of Wiggerman’s poems have appeared in such journals as Borderlands: Texas Poetry Review, Southwestern American Literature, Contemporary Sonnet, Spillway, Sojourn, and Pinyon Review; and in craft books, such as The Book of Forms and The Crafty Poet. The past few years have also seen many poems appearing in journals of Japanese-form poetry, including Akitsu Quarterly, tinywords, Frogpond, Modern Haiku, and Chrysanthemum.