Left of the Moon

Left of the Moon is a love story. It is about a woman, retired, who moves from Florida to Maine in 1980 to focus on her writing. She knows no one and has never been to Maine. she buys a condominium in Yarmouth but soon feeling alone and bored, questions making the move. Looking for an adventure, something to life her spirits, and inspire her writing, she answers an ad in the newspaper asking for volunteers to crew on a tall ship in Rockland Harbor. Callum Pyke captains the ship. She meets with him but decides she is not capable of crewing. When offered the opportunity of being the cook she reluctantly accepts. In the nearly five months she is on the ship, she and the captain fall in love. Their plans to sail together to Bermuda in the fall are thwarted when Meredith's mother becomes ill, is not expected to live, and needs her help. When the situation drags on preventing her from meeting Callum, at her encouragement he sails to Bermuda without her. Through circumstances beyond their control they lose touch. After her devastating loss, Meredith sells her condo and buys a house to rehabilitate on Georgetown Island. Thoughts of Callum are never far from her mind as she attempts to get her life back. 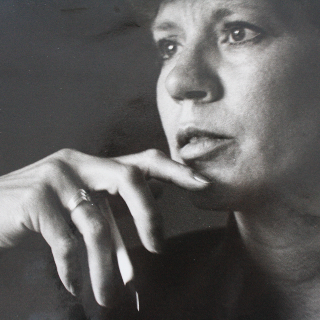 I've been writing since the age of eighteen. I've had a Haiku poem published as well as an essay in 2017 Good River Anthology. I've written and self-published four adult novels: Sea Smoke, historical fiction Murder in Between, a murder mystery, Dream Legend, a memoir, and Left of the Moon, a love story, two young adult chapter books, Captured, and Georgie Blake and the Bushie Sisters. Please consult my web-site for details at www.miriamnesset.com. I've also written a picture book, Smudge, the Cat. Sea Smoke, Murder in Between, Dream Legend, Left of the Moon, Georgie Blake and Captured are available in e-book format on Amazon, Barnes & Noble, Smashwords, Books Daily, and Biblioe-book (in Maine libraries) and in are bookstores in hard copy. Additionally, Sea smoke is available at the Maine Historical Society and the Georgetown Historical Society.

I currently live in Maine, making occasional trips to England to visit my daughter who lives in London. Originally from Wisconsin, I received my Master's in Landscape Architecture in 1985 from the University of Wisconsin. Following graduation, I initiated economic redevelopment programs in Indiana and Virginia then worked as an urban planning consultant in Florida. G In 1999 I moved back to Wisconsin to care for my sick mother and be near my daughter who was at the University at the time. for five years I owned and operated an antiques shop. In 2005, I sold my business and bought a farm house in rural Georgia to pursue my passion for writing full time. Space at a designer mall in Madison, Georgia and selling pecans from trees on my acreage were financial support. Answering a life-long desire to live in New England, in 2008 I moved to Falmouth, Maine, then more recently to Georgetown.