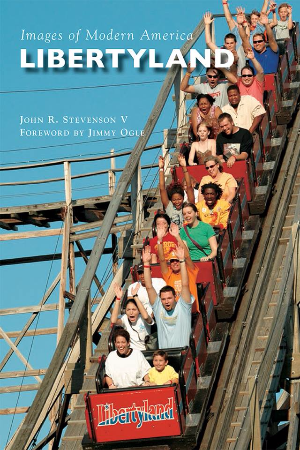 From its opening in 1976 until its closure in late 2005, Libertyland was a first roller coaster ride, a first date, a family reunion, a summer job, or simply a reprieve from the hustle and bustle of the real world. Images of Modern America: Libertyland is a chronological look at the theme park’s life, from blueprints to its razing and beyond. Photographs were gathered from former park employees, guests, historians, Memphis-area libraries, and the Shelby County Archives. Born and raised in Memphis, author John R. Stevenson V rode his first roller coaster at Libertyland and considers his childhood days spent at the park unforgettable. This book is not only a tribute to

Libertyland’s legacy, but also a history lesson for generations of Memphians to come.