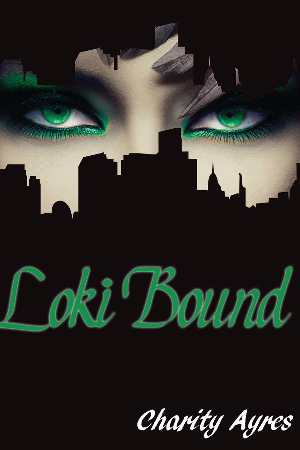 Natural disasters, gods on earth, a bid for world domination and a snarky trickster god just wishing everyone would quit destroying her furniture. What more could you want?

The old gods are far from dead. Some of them live on, seeking mischief and mayhem in Norfolk, Virginia. Loki likes playtime on earth and has chosen to embrace the feminine side of life as Cleo. Unfortunately for Cleo, something is off in the area and it isn't due to a current bid for power by the trickster. That just won't do as far as Cleo is concerned, but she realizes she might need some back-up. She asks big brother to step down a plane and play in the dirt. Rocky is a classical representation of Thor and not completely sure Cleo isn't up to her old tricks. The duo nonetheless sets out to find the power shift in the magical line in the mortal plane. Posing as FBI agents, they enlist the help of local detective, Richard Martin. The trickster makes a pact with her brother to keep the secrecy of their true purpose under wraps but finds that the allure of mortal life may make a painful end to her existence for that promise. 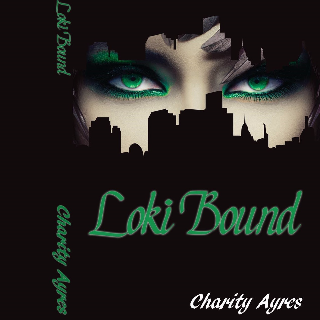 Biography Navy Veteran married to an active Navy sailor living in Hampton Roads, Virginia. Charity has written articles and short stories for Yahoo! Voices, Wilde Times website and other publications. "Loki Bound" is her first published novel with her second book in the series released September 4th titled "Loki: Hell Bound". She has also written the first in a series of Young Adult novels, "Secret in the Wings" and is working on book 2 for that series. Charity will be featured in this year's Writer's Digest publication for her inspirational story: "What's Left Behind: Daddy's Girl" which is a tribute to her father who passed away October 2014 from a blood cancer known as MDS with 5q deletion. "Loki: Hell Bound" is dedicated to him.

Charity graduated from Old Dominion University in Norfolk, Virginia with a Bachelor's of English Education and is currently pursuing her Master's of Creative Writing. She is currently working as a High School English teacher.

Though military families are often transient, Charity and her family have remained in Virginia for almost 18 years which is long enough for one daughter to graduate High School and another to be entering 5th grade.

Charity can be reached through her Facebook author's page at: https://www.facebook.com/LokiBound?ref_type=bookmark