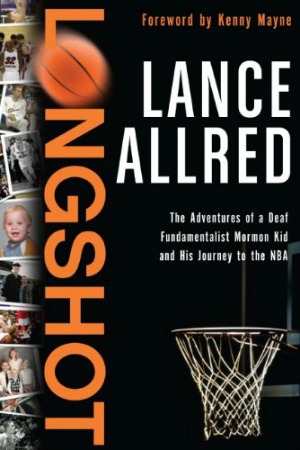 Lance Allred was probably the last person you'd expect to make it in professional sports. Not only did he grow up on a polygamist commune in Montana, he struggles with obsessive-compulsive disorder. If those hurdles to the NBA don't seem large enough, Lance is also deaf.

Self-deprecating, witty, and wholly original, Longshot is the unlikely story of an unlikely athlete, who despite these factors and a lot of setbacks along the way, finally realized his dream of playing in the NBA, becoming the first legally deaf player in the league.

Lance refused to let others' expectations hinder his dreams, and his refreshing sense of humor about his disability allowed him to face these setbacks without giving up. From his childhood on the commune where he was "Mormon royalty" (his grandfather was prophet Rulon Allred of the fundamentalist sect) to his first time picking up a basketball (eighth grade), to his clumsy efforts to build his skills while growing into his 6' 11" frame, Longshot is a riveting account of a young man finding his purpose and letting the love of the game drive him toward his ultimate goal.

Going inside the competitive world of collegiate basketball and the strange experience of playing professionally in Europe, while revealing the resilient heart of a young man who truly believes that it's not about failure or success but about being willing to try, Longshot is a Rudy story for a new generation, a tale of inspiration, dedication, and the power of a dream. 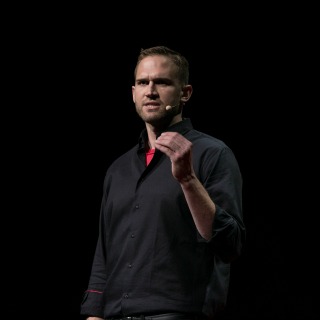 Born with 80% hearing-loss, within a polygamist commune before he escaped at the age of 13, Lance Allred was the first legally deaf player in NBA History when he played with LeBron James and the Cleveland Cavaliers in 2008. Standing at 6'11, Lance is now a keynote motivational speaker who travels the world, sharing his message of self-worth to all audiences- corporate, non-profit or academic - and is an expert on leadership, perseverance and grit. Look online for Lance's smash hit TED talk, "What is Your Polygamy?"