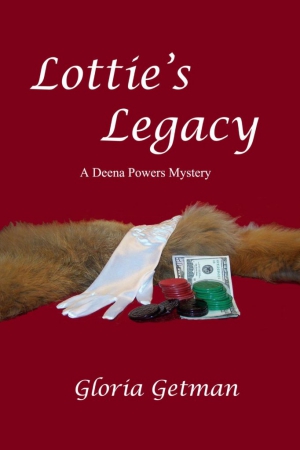 Deena Powers’ life has come apart at the seams. Her father has been killed in an auto accident, and her aunt is under suspicion for a murder. Convinced her aunt is innocent, Deena intends to prove it. And who better to ferret out the truth? After all, Deena’s a private investigator.

When she arrives in Four Creeks in California’s San Joaquin Valley where her aunt lives, she’s in for a number of surprises, the first being that her former high school sweetheart, Avis “Buzz” Walker, is the officer investigating the crime. Past feelings stir and sparks fly when Deena starts asking questions and sticking her nose into his investigation.

As Deena delves into the dead woman’s colorful past, she finds a trail that leads back fifty years where a secret is uncovered, one that involves her aunt, and when seemingly unrelated events converge, she is brought face-to-face with a ruthless killer. 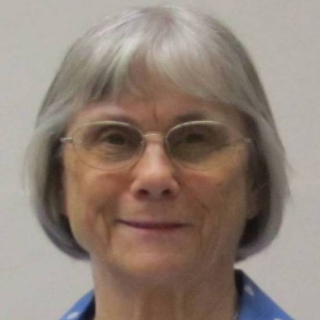 Gloria Getman, author of Lottie's Legacy, spent 25 years as a registered nurse before following her bliss into writing fiction. She grew up in Southern California, graduated from California State University Bakersfield and lives in Exeter. Her second Deena Powers mystery is titled Birds of a Feather.

Some of her work has been featured in local publications as well Yesterday’s Magazette and Reminisce Extra. Three of her short stories can be found in the anthology, Leaves from the Valley Oak. She is a member of Tulare/Kings Writers, Visalia-Exeter Writers, Central Coast and San Joaquin Sisters in Crime, as well as SLO NightWriters. She is currently at work on her third mystery.