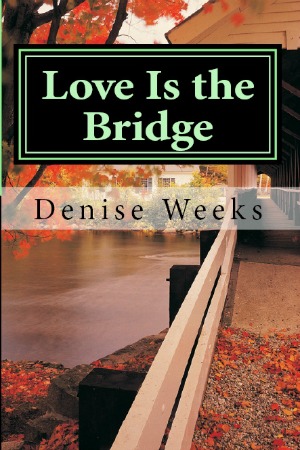 Love Is the Bridge – A Techie Ghost Story Romantic Suspense

"There is a land of the living and a land of the dead, and the bridge is love."--Thornton Wilder. LOVE IS THE BRIDGE is a literary ghost story and a tale of romantic suspense with strong techie elements. Have you ever considered how vulnerable you are to cyber-attack through your cell phone, Facebook page, e-mail accounts, and even any files that might be accessed by a remote system while you are connected to the Internet? Paige Campbell had never considered that she had anything to worry about until she got the first crank call. By the time her Facebook page is hacked and one of her files changed so that she is suspended from college and accused of plagiarism, she's beginning to believe that someone--or something--is out to get her. But who could be doing it but a stalker, a hacker, or--as it claims it is, a "Casper"? Can there actually be a "ghost in the machine"?

Alan McConnell doesn't believe in ghosts and thinks it's outlandish to claim that his prototypical AI test system (for writing advertising jingles) has become the portal by which a ghost (or at least a paranormal entity, which he also doesn't believe in) has entered our material plane. But after his studio experiences several problems and strange events, he concludes that there is a hacker with access to his studio, probably the same person behind this "haunting" complained about by his client Paige Campbell.

The young entrepreneur hired Paige to sing radio jingles for his advertising agency, and is determined to help her solve her problem (as well as his own) by catching the hacker. But is it a crafty and cruel programmer they're dealing with, or a ghost (as it claims) who has mistaken Paige for someone else, and is determined to haunt her until she lifts the curse it believes she has set on it during a previous life? The attraction between Alan and Paige threatens to interfere with their attempts to rid themselves of this problem. Still, they can cope with everything--until the night they're trapped in the studio with what is either a menacing entity or a clever killer. Or possibly both. Is code the only thing executing out there on the Web? Exactly how safe are we in cyberspace? Not to get too Phildickian, but the question arises as to what can be real, and just how fragile your reality may be. (Everyone has a personal truth that may not be the same as the universally accepted truth.) Paige draws readers into her synaesthetic world and Alan illuminates the techie viewpoint as they attempt to figure out who or what is turning her life upside down--while they try to resist their strong romantic attraction.

The book is a page-turner for those who are into technology, ghosts, stalkers, or music and its many charms (and effects on the physical world); it straddles the mystery/suspense and paranormal romance genres, but it's full of charming banter between Paige and Alan, Paige and her best friend Andi, and Alan with his best friend John. It has amusing moments and isn't a heavy, panic-inducing doom screed. Joe Bob says check it out! 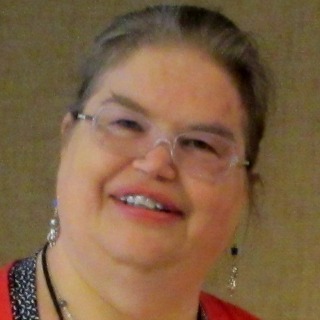 Denise Weeks is the author of the Jacquidon Carroll edgy mystery series and MURDER BY THE MARFA LIGHTS, the first in her Ari French paranormal mystery series. The first Jacquidon Carroll mystery, NICE WORK, won the Dark Oak Mystery Novel contest. Writing as Shalanna Collins, she publishes YA fantasy/urban fantasy and adventure. She and her husband live happily in a northern suburb of Dallas, Texas, with their yappy Pomeranian.

Books are important. My father believed that, my teachers (throughout the 1960s-1980s) believed that. Books are worthy of your time and most of them have something to teach you. Whether a story is "slow-moving" or "gets right to the shooting," it's usually something that will feed your soul. That's why I am spending my life writing them. For fun, I play the piano. I talk to my online friends. I walk and play with our Pomeranian. I love to travel and take photographs of what we visit. I also garden and cook (but not very well!) I play chess, but only recreationally. I love to do book signings and go to conventions and book fairs to meet fans and readers. There's always more promo to do, and that's not nearly as much fun.

You can find more about Denise on her social media sites. Visit them: http://deniseweeks.blogspot.com/ (general official blog)