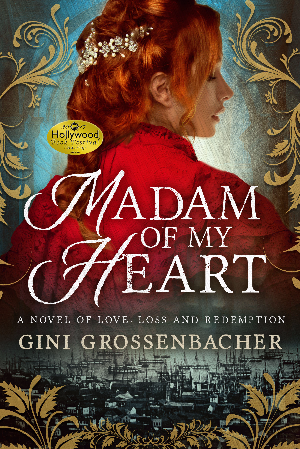 Madam of My Heart – A Novel of Love, Loss and Redemption

Baltimore, 1849. During a scandalous crisis, the young Irish Brianna Baird flees her home at Fells Point. With little cash and only a seamstress's trade, she braves the hypnotic streets of New Orleans.

The tantalizing Madam DeSalle lures her to her brothel, then sells her to the dashing but questionable gambler, Edward Spina, who falls in love with her. In a tawdry alliance with these two profiteers, Brianna embarks on a journey through the French Quarter's debauched and glittering Voodoo world.

Facing the horrors of slavery, she triumphs by gaining freedom papers for her maid Emma's enslaved husband and son. Brianna and Edward escape with them to San Francisco. There she becomes one of the most sought after madams in the gold rush parlor house trade.

But will her fame and pluck be enough to save Edward from the Vigilante noose? Based on a true story. First in the American Madams Series, winner of Runner Up Award for Genre Fiction at the 2017 Hollywood Book Festival. 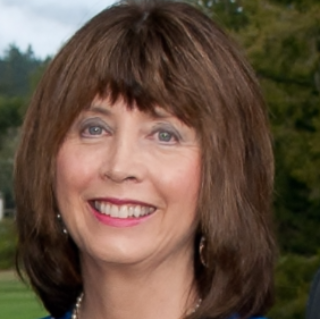 Award-winning author, teacher, and editor, Gini Grossenbacher is one of California’s respected creative writing coaches. Gini is a speaker and literary critic who has appeared on broadcast media discussing the joys of writing historical fiction. Recent presentations include The Historical Writers of America conference in Albuquerque, New Mexico, The Great Valley Bookfest in Manteca, California, and Barnes and Noble, Roseville. She is the 2017 recipient of the Jack London Award from the California Writers Club for extraordinary service to the writing community.

Madam of My Heart is Gini’s debut novel, the first in The American Madams series. This novel was awarded Runner Up in Genre Fiction at the 2017 Hollywood Book Festival, Silver Medal at the Independent Publisher (IPPY) awards, Madam in Silk her most recent novel, published in 2019. Both novels are available on Amazon books and Kindle.

To learn more or request Gini as a speaker, go to www.ginigrossenbacher.com or contact her publicist, Cristina Deptula, at Authors Large and Small, cedeptula@sbcglobal.net 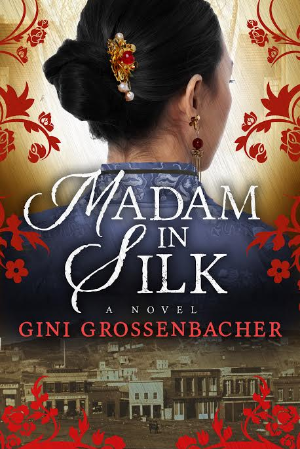