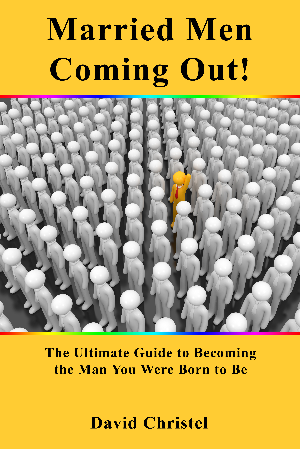 Married Men Coming Out! – The Ultimate Guide to Becoming the Man You Were Born to Be

Married Men Coming Out! is about the evolution of personal identity when a man who has previously been identified as heterosexual and married finally comes to terms with his true sexuality and chooses to accept, with conviction, who he really is: a gay man.

The purpose of this book is not to provide reasons for or against homosexuality. It is a guidebook for those who, having lived a heterosexual lifestyle, realize that they’ve made an error by denying and suppressing their true identity — being attracted to members of their own sex — and now realize that being married and even having children, they can no longer live a double life. They need to be who and what they truly are: gay.

At heart, this book is about authenticity, a word that’s been prominent in spiritual circles for several decades now. The need for this book is paramount as we each seek to live authentically and in so doing, find some level of inner peace, self-acceptance, integrity, joy, and love. Without this, the world may not evolve to reflect these essential attributes for all of mankind. 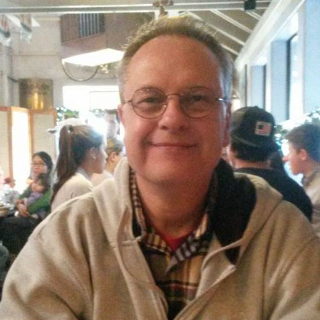 David was bitten by the theatre bug at age 10, which eventually led to his moving to New York City at age 21 to pursue a career in dance. He worked with numerous luminaries in the dance field, as well as in opera, music, television, and theatre. He has appeared on PBS Great Performances, taught at many well-known dance schools, and traveled extensively throughout Europe and Central, South, and North America.

Upon retiring from dance in 1986, he was hired by a computer-based training company and either worked on or led projects for clients ranging from American Airlines to Halliburton Oil Company, NASA/Lockheed, Northern Telecom, NYNEX, Fireman’s Fund, Boeing/McDonald-Douglas, and the Top Gun School when it was still located near San Diego. David also taught offices in Canada and throughout the U.S. in computer-based training methodology, design, technical writing, and on-line course authoring.

In 1982, he began working with Persons With AIDS (PWAs) in New York and upon moving to San Diego, co-founded the AIDS Response Wholistic Health Program at the LGBT Community Center. He continued working with PWAs and their families, as well as facilitating numerous support and therapy groups and leading seminars in identity building for people in recovery from substance abuse.

David has been a ghost writer, editor, and book coach for over 20 years. He currently lives in Nevada with his partner.