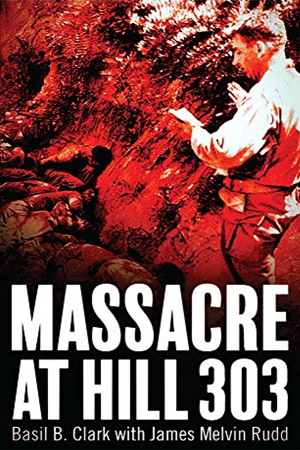 Massacre at Hill 303 is the riveting story about James Melvin Rudd who was captured while serving with the 1st Cavalry Division during his first tour in the Korean War. He was one of five men who survived a massacre at Hill 303 near Waegwan where the American Prisoners of War were shot with their hands tied behind them. His story is a remarkable journey from bitterness and desire for revenge to a place of acceptance and forgiveness.

This book will be an inspiration as you read the story from James' childhood, to a young man who served out of love for his country and his fellow soldiers, and then growing older with a family. 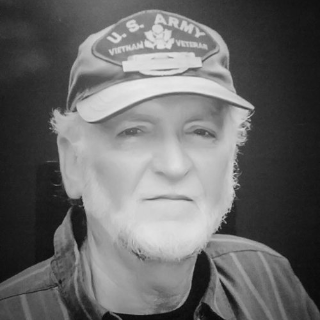 Basil B. Clark is a retired associate professor of speech and theatre from the University of Pikeville in Kentucky where he taught public speaking, oral interpretation, and interpersonal and health communication courses.

He served fourteen months as an Infantryman with the 1st Air Cavalry Division in Vietnam where he received the Silver Star, two Bronze Stars (one for Valor), and a Purple Heart.

He currently serves as a weekly volunteer instructor and mentor at Walker State Prison in Rock Spring, GA, Georgia's first totally Faith and Character Based Prison. He and his wife Cora reside in Ooltewah where they enjoy retirement activities which include gardening, reading, writing, and spoiling their two cats.