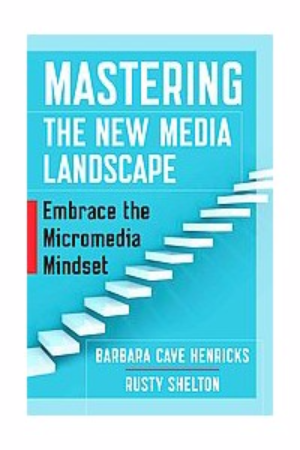 The world of mass media, in which a few, prime national outlets controlled the messages we all saw and heard, has largely vanished. The giant boulders you once had to move to get coverage—Oprah, the New York Times, CNN—have been smashed by the Internet, supplanted (but not entirely replaced) by scores of pebbles: the websites, social media, blogs, podcasts, and more that ace publicists Barbara Cave Henricks and Rusty Shelton call micromedia. This new breed of outlets is key to capturing public attention.

Henricks and Shelton show that to get that attention, you must think more like a media executive than a marketer—because these days it’s not about selling yourself; it’s about making yourself valuable. This will help you with earned media, where you have to work to persuade someone—an editor, a producer, a web master—to let you in. It will draw followers to your rented media—places like Facebook and LinkedIn, where you can get on easily but where someone else makes the rules. And it is vital for building up what the authors argue is the most important media of all: owned media, the personal website and email list that you control.

Earned, rented, and owned media all influence and cross-fertilize each other. So with Henricks and Shelton’s help, by maximizing your presence in all of them, you can create a positive feedback loop that will continue to create massive momentum and grow a large, loyal audience for your message. 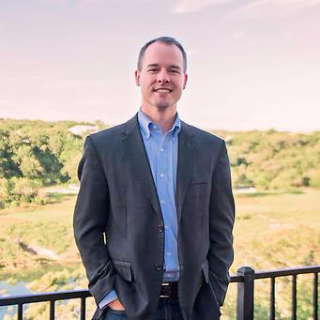 Rusty Shelton first spoke at Harvard on the changing world of PR and marketing at the age of 23.

Shelton Interactive was founded in 2010 with a forward-thinking model – creating a full-service digital marketing and public relations agency that integrated design, social media, website development and PR—services that are normally handled by multiple agencies—under one roof. In its five years of existence, the company handled the launch of more than 30 New York Times & Wall Street Journal bestsellers and represented some of the world’s most recognized authorities, including Capt. “Sully” Sullenberger, Tom Rath & many others.

After successfully growing Shelton Interactive into one of the nation’s most respected digital marketing agencies, the company was acquired by Advantage Media Group in early 2016, and he is now Senior Marketing Strategist. 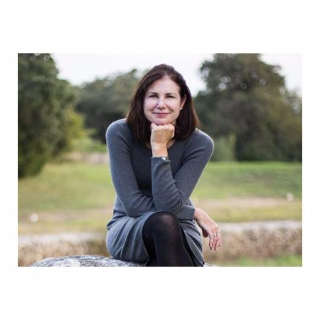 Barbara Cave Henricks is president and founder of Cave Henricks Communications. Once a journalist at NBC Radio, Barbara worked at Houghton Mifflin, Workman Publishing, and, for a decade, at Goldberg McDuffie Communications, where she founded and led the company’s business book division. Barbara has spearheaded campaigns for some of the biggest names in business today, including Jack Welch, Tom Rath, Ram Charan, Larry Bossidy, Maria Bartiromo, Clay Christensen, Seth Godin, and Marcus Buckingham.

After graduating from Indiana University with degrees in Radio/Television and Theatre, Barbara went to work at WJOB, a talk radio station in Hammond, Indiana. During her tenure there, she reported from the street, anchored the noon news, and hosted her own morning talk show. From there, she joined a state radio network based in Columbia, South Carolina, where she won an Associated Press award for a series on the public school system. After working as a stringer for NBC Radio as hurricanes, political scandals, and ultimately the presidential primaries focused national attention on the state, she eventually landed a full-time positon at NBC in Washington, D.C., where she produced and edited the news.

As producer, she reviewed the advance copies and pitches that book publicists submitted to the network. This perspective proved useful when making a career change and searching for a job in the publicity departments of New York publishers. After stints at Workman Publishing and Houghton Mifflin, she caught the attention of Lynn Goldberg, CEO of Goldberg McDuffie Communications. During her 10 years at GMC, Barbara launched the company’s business book division with Marcus Buckingham and Curt Coffman’s business classic, First, Break All the Rules.

After a successful run as VP and PR Director at Goldberg McDuffie, she launched her own PR firm, Cave Henricks Communications. Barbara and her team have over 40 years of collective experience and represent between 20 and 25 titles a year. To date, 23 of the company’s books have become New York Times and/or Wall Street Journal bestsellers.

Barbara is the proud mother of three children and the wife of glass artist Michael McDougal. She lives with her family in Austin, Texas.