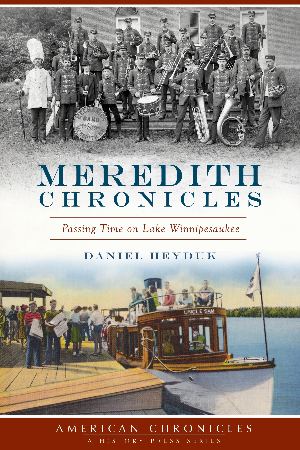 The first people in today's Meredith were nomadic caribou hunters who camped on the treeless tundra. They were followed by others who lived in the forest and paddled the waters in innovative birch-bark canoes. Diseases introduced by Europeans devastated Native American settlements, but French-British warfare kept new settlers away. Surveyors entered the wartime no-man's land to lay out the town and the first adventurous settlers arrived after 1763. In the new town, roads and taverns were built, mills appeared, and the mail came on horseback once every two weeks.

In following years, Meredith had land speculators, hardy farmers, famous artists, industrialists and mill workers, traders, tourists, summer campers, an almanac-writer, and a hermit. There were taxes on cider - but not on houses, and sheep briefly outnumbered people. Meredith women emerged to work in the mills, to teach in the one-room schools, to hold property, and eventually - to vote. Contending railroads launched competing steamboats on Lake Winnipesaukee, and some boats were official U.S. post offices. Summer hotels and this country's first children's camps appeared. Bands played music for militia musters and temperance rallies. A livery stable made way for a library. Villages grew from water power and to serve the needs of farmers, but then the town split in two and farms were abandoned. Old Home Week and a winter carnival helped to heal the wounds.

Meredith Chronicles tells this story of historical twists and turns by looking at how people responded, and how the people themselves made changes. 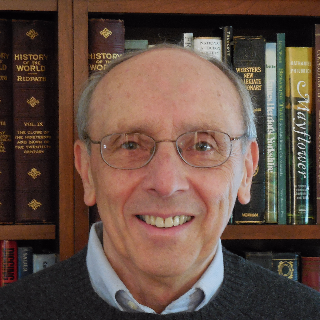 Daniel Heyduk, Ph.D., has always been interested in people and places. He lived with Nahuatl people in Mexico and Quechua people in Bolivia, did archaeological work on prehistoric hunters in Ecuador, and was a college professor of anthropology and prehistory. Later, he ran scholarship and training programs around the world.

He lives in the Lakes Region of New Hampshire, where his "Passing Time" history column appeared in the Meredith News. His book MEREDITH CHRONICLES describes some of that town's history and his STORIES IN THE HISTORY OF NEW HAMPSHIRE'S LAKES REGION AND PEMIGEWASSET VALLEY covers historic people, places and events in several towns. His book HUAYRAPAMPA is a study of revolutionary land reform and the lives of Quechua people in the Andes mountains of Bolivia.

Daniel Heyduk's latest book is THE PEMIGEWASSET VALLEY: A HISTORY, published in May, 2020. 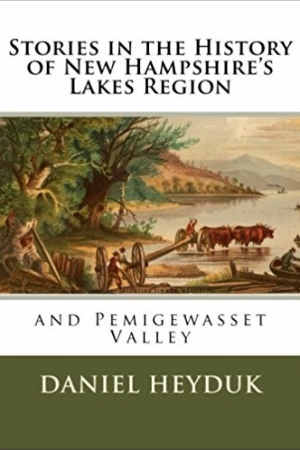 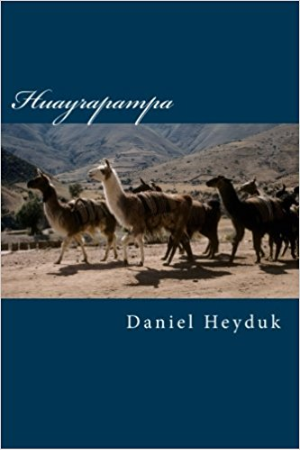 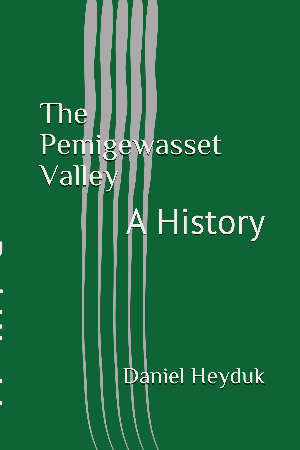