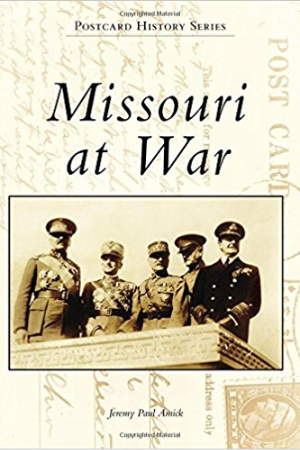 The Show-Me State possesses an enduring military heritage that unfolded several decades before it became a state in 1821 and stretches forth to the present day. Missouri has molded many notable military leaders, such as Gen. John J. Pershing, the commander of the American Expeditionary Forces in World War I. It has been the site of a Spanish fort, built in the area that is now downtown St. Louis, and serves as the home of the Liberty Memorial in Kansas City. These people and memorials continue to generate reminders to its citizens of the sacrifices made by the brave men and women who have fought on behalf of the state and nation.

Found in this book are the postcards that demonstrate the military tradition of the state of Missouri and the people and events that represent the stories, which are woven together into the colorful tapestry that has become our shared history. Jeremy Paul Amick, a former Missouri National Guardsman and military historian/public affairs officer with the Silver Star Families of America, has selected postcards from his personal collection that illustrate the impact of war on the people of the state of Missouri. 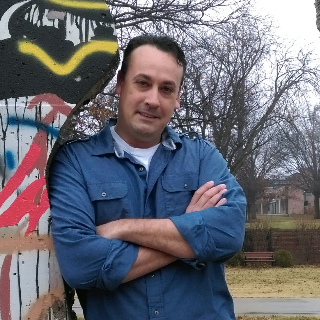 For several years, Jeremy P. Ämick has served as public affairs officer and military historian with the Silver Star Families of America—a Missouri-based organization that recognizes the service and sacrifice of veterans wounded or injured from their service in a combat zone. In this capacity, he writes articles for several Missouri newspapers and websites highlighting the unique experiences of military veterans from all eras. To date, he has had more than 500 articles published in addition to six military history books—Jefferson City at War: 1916-1975; Soldierly Devotion: WWI Through the Eyes of a Missouri Farmer; Cole County at War: 1861-1975; The Lucky Ones: Legacy of a WWII Tank Destroyer; Together as One: Legacy of James Shipley, World War II Tuskegee Airman; and, most recently, Missouri at War.

Ämick served 11 years in the Missouri National Guard and received a medical discharge in 2004 due to service-connected injuries. He is a member of the Disabled American Veterans and the American Legion. In addition to his work with the Silver Star Families of America, Ämick’s volunteer activities include membership on the executive committee for Operation Bugle Boy, board member of When the Yellow Ribbon Fades: Missouri’s Joining Forces and board member of the Missouri Society of Military History.