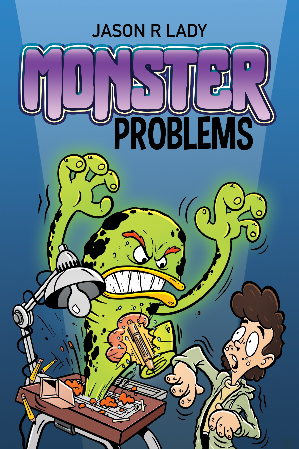 Sixth grader Brad makes the mistake of drawing instead of paying attention in class. When Brad’s parents ground him from drawing, his bratty little brother Daley rubs it in. Later that night, Brad is surprised when a mysterious crow delivers a pen to his bedroom window.

Missing his beloved drawing and frustrated with his brother, Brad uses the pen to draw a Daley-Destroyer, a giant slimy green creature that he envisions “getting” Daley. To Brad’s surprise, the pen is a magic pen, and the Daley-Destroyer comes to life, just as he imagined it, slime and all, and starts going after Daley! To makes things worse, only he and Daley can see it!

Can Brad erase his monster problem before it’s too late? 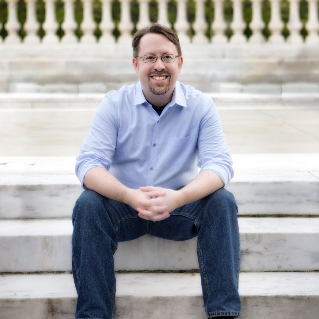 Jason is an army brat who grew up moving around a total of seven times on military bases from Germany to Fort Knox, Kentucky. From a family of avid readers, Jason was encouraged to read fantasy and science fiction, and write his own stories and comic strips from an early age. Jason wrote his first novel-length story in high school--a parody of Robin Hood that starred all his friends, and got passed around on the bus and read on the way to cross-country races.

When he's not writing, Jason works in Training and Talent Management. Jason has a Bachelor of Arts degree from Bowling Green State University and a Masters of Education from Cleveland State University. He is a member of the Society of Children’s Book Writers and Illustrators. Jason often talks about and enjoys 1980’s music and popular culture, watches Marvel movies, works on visiting all the MLB baseball stadiums, and follows the Cleveland Indians. He lives in Cleveland, Ohio with his wife and many great friends. Monster Problems, coming December 26th, 2019 from Black Rose Writing, is his first novel.