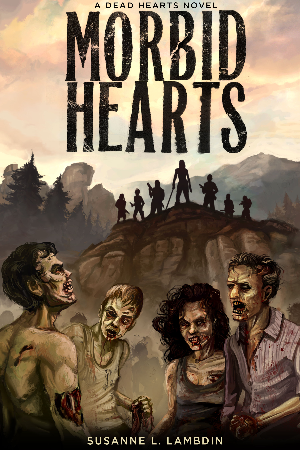 Cadence Sinclair was a seventeen year old girl from America’s heartland who loved horseback riding, a comfortable pair of jeans, and hanging out with her friends.

That was before the Scourge.

It’s been eleven months since a deadly virus wiped out billions. For the few who remain, life as they knew it is over. Nations fell, governments were rendered obsolete, and resources became scarce. The human race had to start over, facing even greater odds . . .Zombies.

Now, Cadence leads safety patrols and supply missions for a survivor’s camp at Pike’s Peak. When a routine mission goes south, Cadence gets more than she bargained for. She must lead a ragtag group of teens against an onslaught of scavengers, zombies, power-hungry military leaders . . . and a mutating virus. Her team, the Fighting Tigers, face increasing dangers threatening the stability of the camp. An uprising in their fragile, new home may bring further devastation, but what they discover lurking beyond their security fences could be the end of the human race. 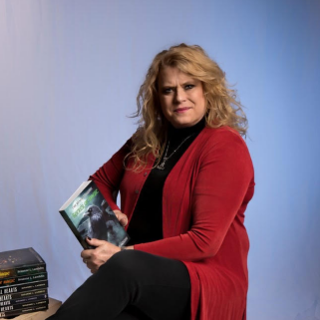 Susanne L. Lambdin (born 1962, Wichita, Kansas) is better known for her 'based in part' writing credit for Star Trek: The Next Generation Eps. 76 "Family" - remember when Wesley Crusher met his father on the holodeck when he turned 18 years of age? This was Susanne's story sold to Star Trek in 1990. Since then she's dedicated herself to writing fiction. Having worked for Paramount Pictures from 1986 thru 1994, she beamed home to spend time with her family and to write fiction. Her genres includes horror, supernatural, action/adventure, high fantasy, Gothic and historical romance, steampunk, and sci-fi (of course).

Realm of Magic: Seeker of Magic is the first fantasy/supernatural novel in her new trilogy. Follow the adventures of Taliesin, Mistress of the Raven Clan, on the search for the most powerful magical sword in the realm - it's up to Taliesin to end a civil war and restore magic to a realm where it is outlawed by the king. If you want to read about female characters, then this is the series for you.

Her Dead Hearts novel series involves teenagers fighting zombies in the Colorado Rockies, and her knowledge of zombies has won her the name of The Zombie Lady among her fans. Four books are published in this series: Morbid Hearts (published in 2012, she was on the Watermark Books Bestseller List), Forsaken Hearts, Vengeful Hearts, Defiant Hearts and Immortal Hearts.