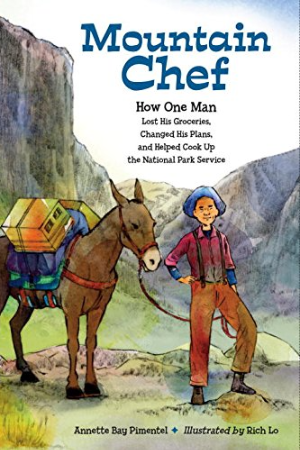 Mountain Chef – How One Man Lost His Groceries, Changed His Plans, and Helped Cook up the National Park Service

The true story of a Chinese American mountain man who fed thirty people for ten days in the wilderness--and helped inspire the creation of the National Park Service.

Tie Sing cooked for mapmakers and soon built a reputation as the best trail cook in California. When millionaire Stephen Mather began his quest to create a national park service in 1915, he invited a group of influential men—writers, tycoons, members of Congress, and even a movie star—to go camping in the Sierras. Tie Sing was hired to cook sumptuous meals for thirty people for ten days in the wilderness. He faced disasters along the way but rose to the challenge, feeding not just the campers' bodies, but also their minds, reminding them to remember and protect the mountains. 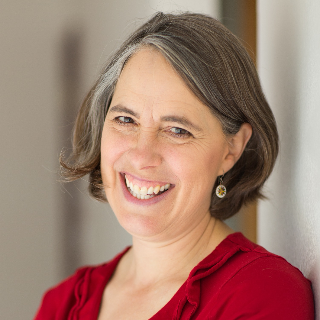 Annette Bay Pimentel grew up in Utah, California, Washington, and Illinois. She received degrees in English literature from Berkeley and Brandeis. She, her husband, and her six children have lived throughout the United States as well as in Europe and Africa, but she finally threw away her packing boxes and settled in Moscow, Idaho.

Annette writes nonfiction picture books about people from the margins of history who helped shape the world we live in. She loves to do research and is inspired by brave, resilient men, women, girls, and boys.

Mountain Chef: How One Man Lost His Groceries, Changed His Plans, and Helped Cook up the National Park Service won the 2017 Carter G. Woodson Award from the National Council of Social Studies. Girl Running is a Junior Library Guild Selection and earned a starred review from Kirkus. 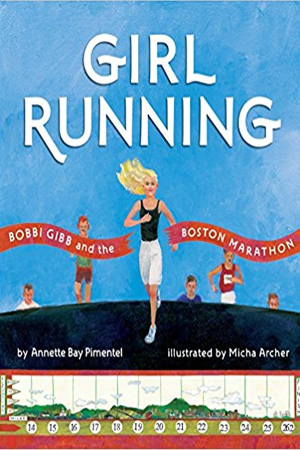