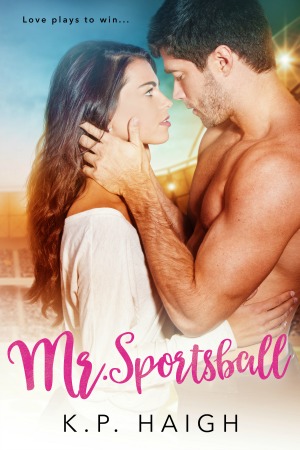 Montgomery Bell craves adventure—the kind that knocks on your door and drags you out by your half-slept-on hair because it can’t wait another second.

The problem is, she still lives thirty minutes away from where she grew up, in college town obsessed with the one thing she hates: football.

It doesn't help that Montgomery wouldn’t know the difference between an interception and a fumble if one hit her in the face.

When she meets Baron Richards, it practically does.

Baron is a rising star in the professional football world. Their worlds collide, sending Montgomery on the kind of adventure she never even thought to look for.

Finding love isn’t the end of the story. You have to figure out what to do with it once you catch it, and run like hell to make that happen.

Mr. Sportsball is not your typical sports romance. It’s a full-length, standalone novel that will have fans and anti-fans cheering for the same team. 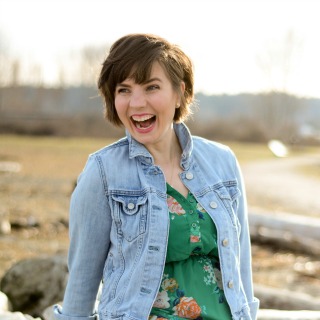 K.P. Haigh joined the adult world as a project manager. After spending years in spreadsheets, she put her love of blank notebooks to good use and started spinning words into love stories.

In a perfect world, K.P. would have a never-ending supply of coffee, carbs, and sticky notes. She corners the market on ridiculous facial expressions and is happiest when she's cooking for people or making them laugh.

She’s always up for crispy French fries and can’t wait for self-driving cars to take over the world so she can read on her way to everywhere.

K.P. lives in Seattle with the man who loves her crazy and their son, who inherited half of it.