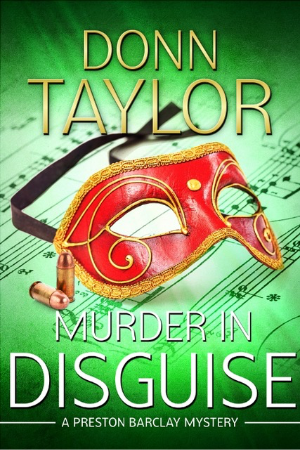 Preston Barclay is a reclusive history professor who suffers from musical hallucinations. Mara Thorn is a headstrong professor of religion. In Rhapsody in Red, they solve a murder during fall semester at their small denominational college. In Murder Mezzo Forte, they confront another murder during spring semester. In the just-released Murder in Disguise, Professor Barclay teaches in a summer term at the state university and Mara is there for research. Here is part of the back cover copy: Official verdict: Suicide. But why would that vigorous department chairman commit suicide? Did he kill himself to avoid disgrace from exposure of his rumored activities on the dark side? When visiting professor Preston Barclay (Press) questions his long-time friend's suicide, he receives threats. He has enough problems already in proving his competence to students and faculty in the newly–hostile environment of the state university. For the new department chairman and campus radicals do all they can to undermine him. And the sexy female siren assigned as his student assistant creates problems there and with his courtship of Professor Mara Thorn. Press's questions don't find adequate answers, rumors accuse his friend of disgraceful activities, and Mara's research reveals a wide range of criminal activity stretching from the community onto the campus itself. The more things don't add up, the more dangerous the threats become, and the more determined Press becomes to clear his friend's name and find the truth about the alleged suicide. But can Press and Mara's stumbling efforts prevail against the entrenched forces of the police, campus radicals, and an unseen criminal organization that increasingly puts their lives in danger…? 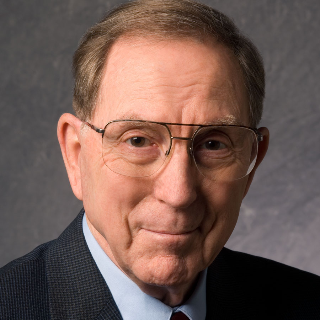 Donn Taylor led an Infantry rifle platoon in the Korean War, served with Army aviation in Vietnam, and worked with air reconnaissance in Europe and Asia. Afterwards, he completed a PhD at The University of Texas and taught English literature at two liberal arts colleges. Now retired from college teaching, he writes suspense and mystery fiction as well as literary poetry designed for the ordinary reader. He is a frequent speaker at writers' conferences and study groups. He lives near Houston, TX, where he continues to write fiction, poetry, and essays on ethics and U.S. foreign policy.