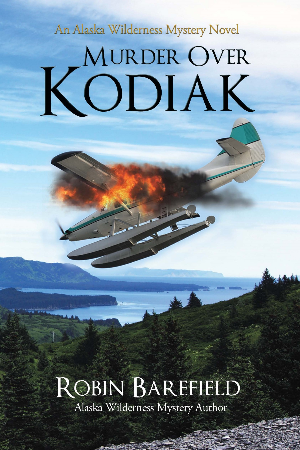 When a floatplane mysteriously explodes above the Alaskan wilderness, investigators begin digging into the lives of the five passengers and the pilot.

Was the target of the bomb the U.S. senator in the midst of a hotly-contended re-election campaign or her husband, a corporate raider with no shortage of enemies? Or could the bomb have been meant for the cannery owner involved in a contentious divorce, or the refuge manager who has a long list of adversaries, including one who has vowed to get even with him? Even the pilot could have been the target since his girlfriend has violent tendencies and knows how to use explosives.

Dr. Jane Marcus is determined to find who murdered her young assistant and the other passengers and the pilot of the floatplane, but when her own life is threatened, she knows she must find the murderer before she becomes the next victim 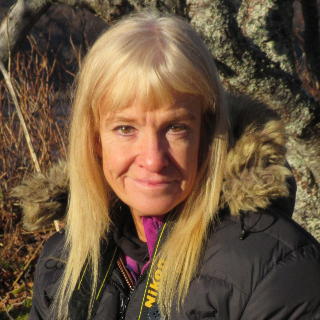 Robin Barefield lives in the wilderness on Kodiak Island where she and her husband own a remote lodge. She has a master’s degree in fish and wildlife biology and is a wildlife viewing and fishing guide. Robin has published three novels, Big Game, Murder Over Kodiak, and The Fisherman’s Daughter. She draws on her love and appreciation of the Alaska wilderness as well as her scientific background when writing.

Robin invites you to join her at her website: http://robinbarefield.com, and while you are there, you can sign up for her free, monthly newsletter about true crime in Alaska. Robin is also a charter member of Author Masterminds: https://authormasterminds.com/robinbarefield.

If you would like to watch a short webinar about how Robin became a published author and why she writes Alaska wilderness mysteries, follow this link: http://bit.ly/2pcCOo6 At the end of the webinar, you will be able to download a free copy of one of Robin’s novels. 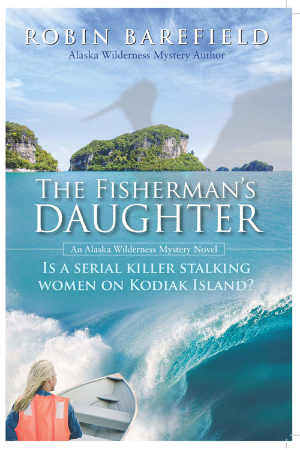