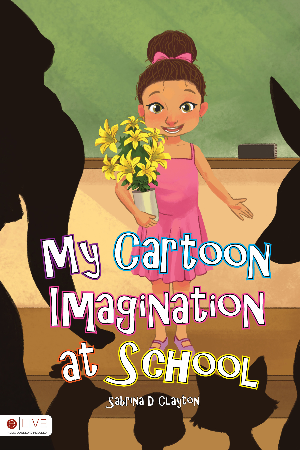 My Cartoon Imagination at School

Have you ever looked at someone and thought they looked like another person, an animal, or your favorite cartoon character? Yes? Well, I invite you to take this journey along with Samara as she explores her world with her vivid imagination! Both books contain moments of bravery, understanding, and optimism which are traits that effectively help children be more open to receiving the care they need at medical institutions and while interacting at school. My first book, My Cartoon Imagination at School, will show boys and girls a different way of looking at the world around them when they are nervous about doing a presentation at school. Standing up in front of the classroom will make even your most confident child become weak in the knees and nervous! Some of us grew up with the idea of “just imagine them in their underwear" but this advice has never helped me or any of my friends growing up. (Needless to say, I do not believe that this advice was meant to be shared with children anyway.) I wanted to give children a fun way to use their imaginations to get over their stage fright that comes with giving oral book reports or presentations in front of the class. I am hoping that they will connect with Samara's character in the story and realize that they too can succeed as she did after getting over her fears. She even got a great grade in the end and rushed home to share this great news with her mother! They can tap into their imaginary superpowers and visualize themselves as victorious in any situation! 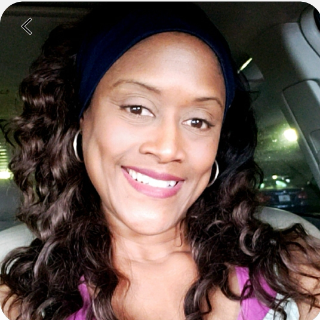 Author Sabrina D. Clayton is a registered nurse with over ten years of experience working in the emergency department with extensive expertise in all facets of nursing. She began her nursing training and career at the Community College of the Air Force back in the 1990s and graduated as a medical service specialist which she later advanced her training to a licensed practical (vocational) nurse. She is a veteran who served her country for eight years in the U.S. Air Force Reserves and then completed her registered nurse degree and license. As a dedicated mother of two sons, with three young nephews, Clayton hopes her books will inspire them to never give up on their dreams even if there are roadblocks and setbacks along the way.

The author brings her readers into one endearing little girl’s imaginative world through her first charming children’s book, My Cartoon Imagination at School. The author has been writing short stories like this one since she was in grade school. Her mother actually was the first person she ever heard compare a person to a cartoon character. As a young girl, Sabrina would hear her mother describe how a person would remind her of some random character on the television. Have you ever looked at someone and thought they looked like another person, an animal, or your favorite cartoon character? Clayton invites you to take this journey along with Samara and join her fun-filled journey as she explores her vivid imagination in this creative and poetic story!

​Now, Sabrina Clayton has written another fun-filled story to her readers when the main character, Samara, has an unexpected accident on the playground. Samara was very afraid to go to the hospital after her injury until her mother calmed her down. She then reminded her to use her imagination and think of the people around her as cartoon animals. She continues to explore her wild and vivid imagination at the hospital while she is being treated for her injuries. Come along and take this journey into this endearing little girl's imaginative world through this charming, poetic little story called My Cartoon Imagination at the Hospital. It is a sequel to Samara's first adventure, My Cartoon Imagination at School, where she first learned this great imagination mind trick from her mother. She hopes that these books will inspire children to be creative, follow their dreams, and keep their imaginations alive!

She dedicates her books to sick children everywhere who are being treated in hospitals all over the world. "I hope that my books will help to relax their minds when they read them and will bring them joy and peace in their spirit during the healing of their minds and bodies. Be strong, little ones!" 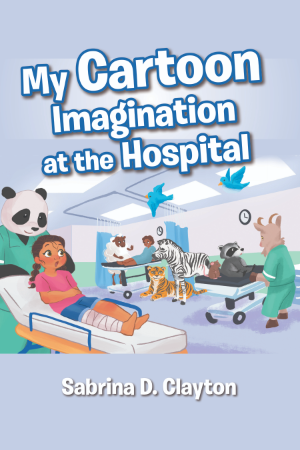 My Cartoon Imagination at the Hospital