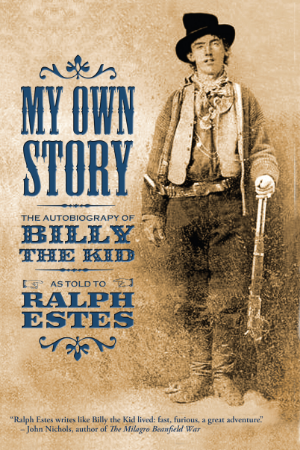 My Own Story – The Autobiography of Billy the Kid

At last! Billy the Kid’s own story - his feelings and fears, his pleasures and regrets. What really happened, not the media and movies’ and Garrett’s exaggerations. Just as Billy told it to Ralph Estes.

What were his intentions in the Lincoln County War? Why did he and his compadres kill Sheriff Brady? How did he take his betrayal by Governor Lew Wallace? What did he think his mother would feel about all he had done? How did Billy feel?

My Own Story will appeal not only to those who follow Billy the Kid but also to anyone with an interest in the Old West, its legends but especially its reality. A great read, a terrific souvenir, a perfect gift. 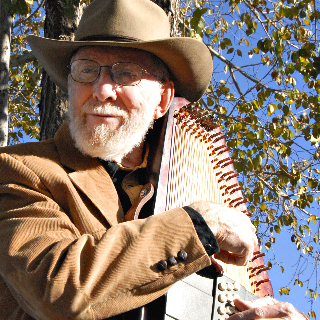 Ramblin’ Ralph (Estes) is a folk troubadour and student of Western history (also an emeritus professor of accounting). He has performed in venues such as the Albuquerque Museum, Hubbard Museum of the American West, Lincoln State Monument, Albuquerque Folk Festival, Ghost Ranch, White Sands National Monument, the Western Music Association International Festival, many more. Typical comments include “charming,” “true professional,” “lots of fun.” Stories and songs are accompanied on the autoharp, a native American folk instrument.

Publications include some ten or eleven books, earlier ones regarding corporate social accounting and responsibility, more recent ones addressing Old West issues. "Aces and Eights: Poker in the Wild West" is presently with the agent, while a book about Jack Thorp is in the chute.