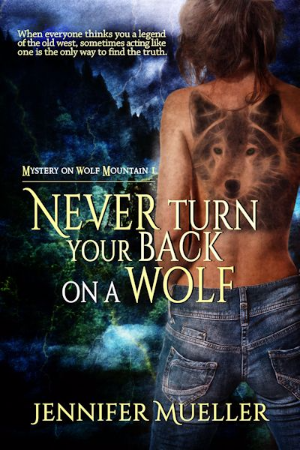 Gold Springs, Montana was recently rocked by the murder of Cole Dennison, owner of Western Mining, the main town employer. Mr. Dennison was found in his house with his throat cut. The first suspect should have been his recently estranged fiancee, however her incarceration in jail for breaking his jaw rather clears her name. Sasha Stanton, owner of the Wolf Mountain Horse Company, was released for lack of case with the victim of her anger dead. More shocking to find though is that the mine Mr. Dennison owned is out of gold.

Miss Stanton who until her father died had been away from town is the sole beneficiary of the will, a complete fluke since Cole had no chance to change it before his death. Gold Springs being a company town is now owned by Miss Stanton. In that one fact the town might have a chance at not imploding. Local Lawyer Ethane Brandt has been helping with Miss Stanton's investigation into the mine's irregularities since the police have been arresting her employees and friends for the crime. Sheriff Harland Lang would be wise to not antagonize her. It could only end badly if the State Police are called in. Corruption rumors have been circulating for some time.

As a Peace Corps volunteer in Kenya a few years back I traveled quite a bit and now I just wish I was. A lot of the places I've written about I've been to, a lot of them I haven't. Rafting on the Nile in Uganda, living in a Montana ghost town, Puerto Rican beaches, African safaris, Mayan ruins, European youth hostels, forts on the Ghana coast all fill my scrapbooks. I still travel in my head every time I write even if I don't get out as much as I wish. I currently live in the Pacific Northwest and look forward to filling many more pages.