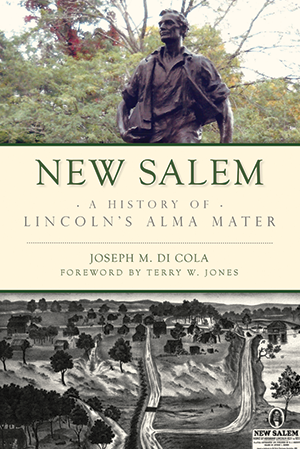 In 1829, eleven years after Illinois became the twenty-first state, New Salem was founded on a bluff above the Sangamon River at a place where the river bends sharply north from its westerly course. Its life span can be measured in what the poet Robert Burns described as “short and simple annals”, lasting from 1829 to 1840 when it no longer existed. Abraham Lincoln lived there from mid-summer 1831 until April 1837 arriving there a “strange[r], friendless, uneducated, penniless boy, working on a flatboat—at ten dollars per month.” Outside and to the left of the entrance to the visitor center and museum at today’s New Salem there is a statue by Avard Fairbanks, The Resolute Lincoln, depicting him with an axe in one hand and a book in the other hand. The sculpture speaks volumes about how Lincoln’s New Salem years shaped him from a person with limited education and prospects into the person he became. However, he did not accomplish all of this in a vacuum. The people who befriended the “strange[r], friendless, uneducated, penniless boy, working on a flatboat—at ten dollars per month” were critical to the shaping of Abraham Lincoln. The residents of New Salem accepted and befriended Lincoln, provided him with employment opportunities, encouraged him in his ambitions to succeed, helped to educate him, honored him with their trust and votes, and tended to his needs. In the 1925 biography, The Life of Abraham Lincoln, William E. Barton wrote: “New Salem has been rightly called Lincoln’s Alma Mater.” 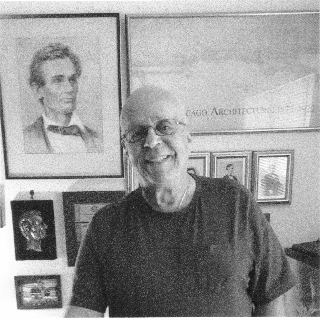 Joseph M. Di Cola was born and raised in Chicago. He is an author of Chicago’s 1893 World’s Fair published by Arcadia Publishing in 2012 as part of the “Images of America” series. A recent article of his appeared in the summer 2014 issue of Chicago History entitled The Jackson Park Caravels. He earned a baccalaureate in history from Shimer College, Mt. Carroll, Illinois and his master’s in educational leadership and doctorate in educational psychology from Northern Illinois University at De Kalb. Joe has an avid interest in Abraham Lincoln going back to when he was eleven and, when not engaged in reading and research on historical topics, likes to read, cook, travel, volunteer, and spend time with family and friends, especially his grandsons, Joseph, Christian, and Maximus to whom this work is dedicated. He currently lives in Troy, Ohio.