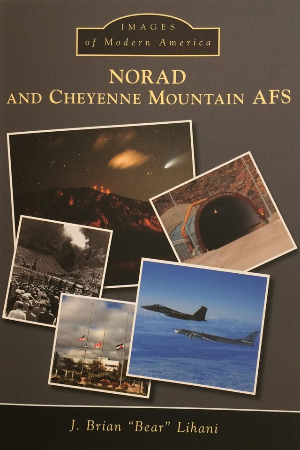 A pictorial history of the North American Aerospace Defense Command (NORAD) and Cheyenne Mountain Air Force Station. This book traces the roots of NORAD and how this binational command was created and how it has developed over the years. From Cold War guardian watching for Soviet bombers coming over the North Pole to current surveillance of North American skies for unknown aircraft that could harm citizens of the US and Canada.

In the late 1950s, a decision was made to move the combat operations center to an underground facility to provide a secure and hardened location for air defense operations. In operation since 1966, Cheyenne Mountain Air Force Station continues to be America's Fortress.

Filled with over 150 photos, this book is a historical account of NORAD and Cheyenne Mountain Air Force Station and provides statistics and information on both. 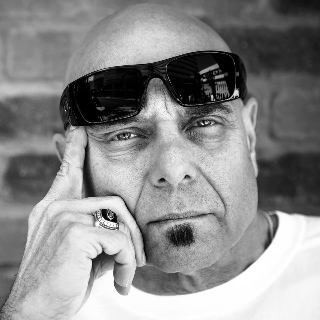 Brian "Bear" Lihani is a retired and decorated US Air Force Lt Colonel whose last active assignment was as Director, Air Warning Center inside the legendary Cheyenne Mountain Air Force Station. After earning a Journalism and Public Relations degree from the University of Kentucky, Brian was commissioned a Lieutenant in the US Air Force and served on active duty for 23 years. Working in various positions from staff officer to operations officer to Unit Commander, Brian was stationed in the European and Far East Theaters alongside British and Korean forces.

After retirement from active duty, Brian was a defense contractor as a project manager and operations support engineer to Air Force Space Command and NORAD before taking his current position in the Operations Directorate of NORAD. His duties include monitoring over 500 radars around the United States and Canada and evaluating modernization programs for the continued surveillance of the US and Canada.

Brian's book on NORAD and Cheyenne Mountain AFS is a pictorial history of the command and the top secret Mountain fortress that celebrated it's 50th anniversary in 2016. He is married to the former Christina Blair and they have one son.